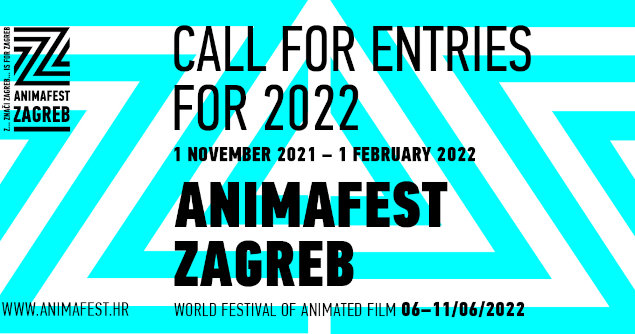 The World Festival of Animated Film – Animafest Zagreb, established in 1972, is the second oldest film festival in the world completely dedicated to animation. Launched thanks to the global reputation of the filmmakers sprung from the Zagreb School of Animation, founded based on the decision of ASIFA, International Animated Film Association, Zagreb Film production company and City of Zagreb, Animafest Zagreb takes place every year early in June. Until 2005 the festival was held biennially, and afterwards continued in the annual rhythm, devoting even years to short film and odd years to feature film. After Zagreb Film and Zagreb Concert Management, in 2007 the festival organisation was taken over by the private production company Hulahop with the aim of further development and balancing the programme with the requirements of contemporary tendencies, approaching broader audiences and providing added values to professionals.

Animafest Zagreb always has been, alongside festivals in Annecy, Ottawa and Hiroshima, a part of the obligatory circuit in the animation community’s calendar. Animafest’s Grand Prix winners directly qualify for the Academy Award and the European Animation Award.

Since its establishment in 1972, this festival and its competitions, retrospectives, presentations, exhibitions, pitching forums lectures, awards, panoramas, workshops and all other additional events have consistently influenced and greatly contributed to their city’s artistic life, as well as promotion of animation art throughout the world.

This is a festival by the filmmakers for the filmmakers. Creative animation, in all its different forms – from traditional drawings, to stop motion, CGI, to most experimental cross-media explorations – has been the focus of attention since the very beginning Daniel Šuljić , Art Director

All short and feature animated films and VR projects completed after 1 January 2021 are eligible to apply via an online application form.

Films compete for awards that are given by international juries. There is no entry fee.

This year’s festival trailer is made by the Swiss-Croatian author Michaela Müller, inspired both by Animafest’s central theme programme dedicated to the connection between animation and fine arts, and by Animafest’s beloved open air screenings.