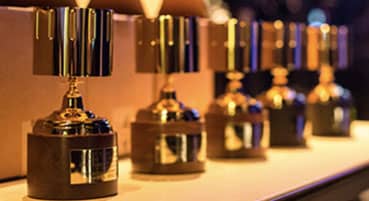 Honoring excellence in the field of animation, the Annual Annie Awards will be presented in 36 categories including Animated Feature, Animated Feature-Independent, TV/Media Production(s), Sponsored Production , Short Subject, and Student Film, as well as the Achievement and Honorary awards.

Entries submitted for consideration will be from animated productions that were released in the United States between January 1, 2021, and December 31, 2021. Exceptions are commercials, short subjects, special projects, and student films, which can qualify with or without United States releases. Submissions

An exception will be made for animated special projects, short subjects (including VR productions), sponsored productions,  and student films that were not released in the United States. These may be considered for an Annie Award, providing they were originally released during the award eligibility period anywhere in the world.

In lieu of being released, student films must have been completed between January 1, 2021 and December 31, 2021.

About the Annie Awards:

Created in 1972 by veteran voice talent June Foray, who passed away in July at the age of 99, and in whose name the philanthropic June Foray Award was established, the Annie Awards™ have grown in scope and stature for the past four decades. ASIFA-Hollywood is the world’s first and foremost professional organization dedicated to promoting the Art of Animation and celebrating the people who create it. Today, ASIFA-Hollywood, the largest chapter of the international organization ASIFA, supports a range of animation activities and preservation efforts through its membership. Current initiatives include the Animation Archive, Animation Aid Foundation, Animation Educators Forum, animated film preservation, special events, scholarships and screenings.