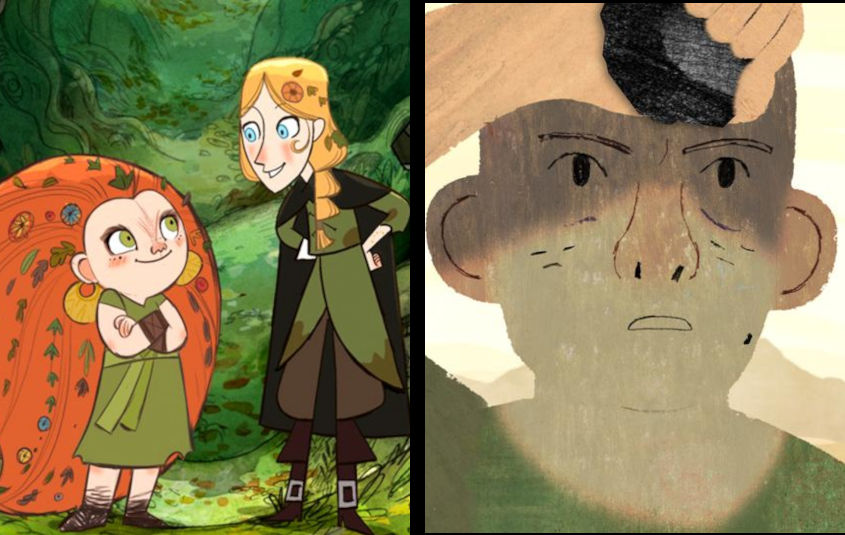 Wolfwalkers by Tomm Moore and Ross Stewart received five Annies at the 2021 online ceremony of the annual animation awards.

Even though Pixar's Soul received 7 Annie Awards  during the 48th virtual awards ceremony of the Annie Awards (including Best Feature and Wrtiing [Pete Docter, Mike Jones, Kemp Powers}), it was the European Wolfwalkers (Cartoon Saloon/Melusine Productions for Apple/GKIDS) who stood its ground, managing to grab even the Best Director Annie Award (Tomm Moore, Ross Stewart) at the 16th April award ceremony.

In Wolfwalkers, young apprentice hunter and her father journey to Ireland to help wipe out the last wolf pack. But everything changes when she befriends a free-spirited girl from a mysterious tribe rumored to transform into wolves by night.

Best Student FIlm was awarded to the Gobelins film La Bestia, directed by Marlijn Van Nuenen, Ram Tamez, Alfredo Gerard Kuttikatt. A young mexican smuggler and a little girl travel illegally on top of a cargo train, called La Bestia, to get to the USA. An injury transforms his perception of the journey.

Another French victory was the best production design (TV/Media) for Shooom's Odyssey  (Julien Bisaro), which tells the story of a baby owl looking for its sibling in a Louisiana setting [Read our interview with Bisaro and Claire Paoletti].

The Winsor McCay Award for career contributions to the art of animation was presented to animator Willie Ito, designer Sue Nichols (posthumously) and animator/director Bruce Smith. The June Foray Award for significant and benevolent or charitable impact on the art and industry of animation went to animator and art director Daisuke “Dice” Tsutsumi.

Crulic: The path to beyond