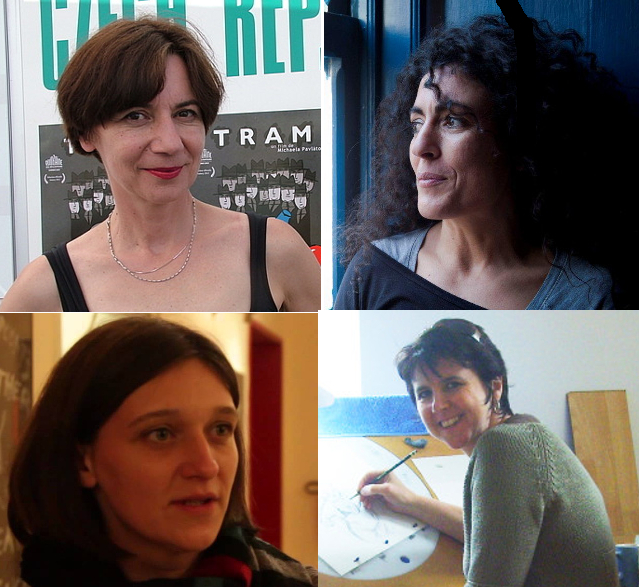 It seems easy to assume that  (some) Academy Members have read our March 2018 editorial about the Oscar divorce from Independent Animation; or (a more rounded explanation), the issue of women representation really loomed large at the relevant Academy branches.

In consequence, there are some major names from independent animation in this year's invitees, which do not include only last year's Oscar-nominated directors.

Let's take it from the very beginning. 106 new members appear in the Short and Feature Animation branch category of theAcademy of Motion Pictures Arts and Science (928 artists were invited in all Academy categories).

These include the Portuguese animation director Regina Pessoa (Tragic History with a Happy Ending) , Mary and Max producer Melanie Coombs, and the Canadian director of Window Horses Ann-Marie Fleming, all of them certainly welcome and justified additions to the list.

In the case of the British Joanna Quinn (Girls' Night Out, Britannia, Dreams and Desires- Family Ties) and the Czech Michaela Pavlátová (Tram, Words, Words, Words)  the only question is why they have not already been in the Academy voting members' list so far. Their respective nominations for an Academy Award (Famous Fred / Joann Quinn and Words, Words, Words for Pavlátová) already occurred in the 1990s. The ones that corrected this long-held omission are surely to get a special award here.

US independent animator Suzan Pitt's outstanding work is at last acknowledged with a voting membership at the Oscars, and the new CalArts professor (and delightful animation artist) Lei Lei joins the coveted club. Another Chinese artist, the director of Have A Nice Day Liu Jian is among the invitees.

Slovenian Špela Čadež, who was criminally overlooked at the Academy Award nominations for her Nighthawk, is one of the invitation surprises here. The directors of the Oscar-nominated Loving Vincent Dorota Kobiela and Hugh Welchman are  included, as well as last year's Oscar nominees Ru Kuwahata and Max Porter (Negative Space) and Jan Lachauer and Jakob Schuh (Revolting Rhymes). Oscar-nominated Daisy Jacobs (The Bigger Picture) also joins, as well as Canadian artist Michèle Cournoyer (another name who should have there some time ago)

Sita Sings the Blues director Nina Paley (another non-Oscar nominated artist, for Sita never played at a L.A. commercial screening to qualify for an Academy Award ) is here invited.  The director of the Annecy Cristal Man on the Chair, Korean Dahee Jeong joins the Academy. Oscar-nominated animation artist Tim Reckart (Head Over Heels) and Mexican animation artist Soifa Carrillo (who has just finished her short Cerulia) are also included.

Japanese directors Mamoru Hosoda (Summer Wars, The Girl Who Leapt Through Times) and Sunao Katabuchi (In this Corner of the World) are invited to join. And, last (but certainly not least)  Cartoon Saloon CEO, Paul Young and Swiss auteur Georges Schwizgebel.

Those who accept the invitations will be the only additions to the Academy’s membership in 2018. New members will be welcomed into the Academy at invitation -only receptions in the fall. Let's see what the the 2019 Oscar nominations outcome will be this year.