Last Stop Is The Moon by Birutė Sodeikaitė

Last Stop Is The Moon by Birutė Sodeikaitė 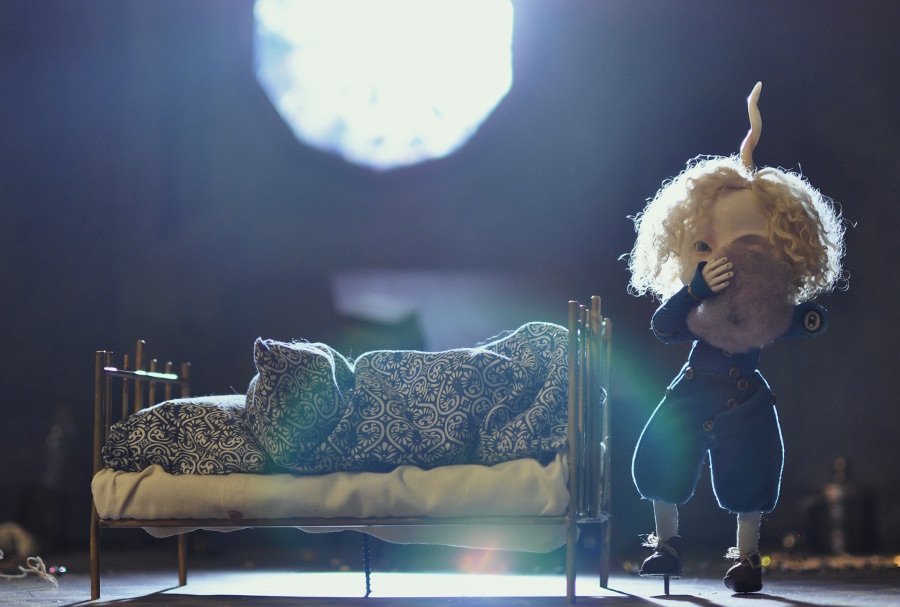 It took 3 years to create the debut puppet film of  animation director Birutė Sodeikaitė (who said that stop-motion is not a long process?), but it was worthwhile. The Lithuanian-born director (studied in UK and Volda University, now returned to Lithuania)  was nominated has been nominated the European Animation Emile Awards “ for the Best Background and Character Design in an Animated Short Film category, and participating in more 20 international festival worldwide.

The film is Last Stop Is the Moon, a tender but full of mystique and empathy story of a girl who is trying to deal with her illness. Imagining the illness as a Lion and herself as a Unicorn, she goes through the different stages of acceptance.

"The idea of the film was born while smoking a cigarette during a little break from animating my diploma film", Birutė Sodeikaitė tells Zippy Frames. Her conversations with college roommate Julija Scura about life after University was the starting point.

Last Stop Is the Moon started with a character of a little Unicorn; his world was then built. It was only in the end that the story  was written. The film was shot in Poland (WJTeam/Likaon), out of  puppet designs fabricated by Sodeikaitė (animation seemed the natural medium for her to get creative control of your own handicraft); post-production took place in Lithuania (ArtShot).

Earthly and otherwordly constructions impress with both their amount, variety and fine-tuned placement; production design really matters here, as well as cinematography and lighting.

The Unicorn was made out of different materials, that were chosen by Polish puppet master Sylwia Nowak. The only thing I chose entirely by myself was textile of its clothing. All the rest were carefully chosen by the master Sylwia. With a supervision of my sculptor, father Danielius Sodeika, I carved of a wood the Lions scull. His body was "naked" metal armature covered with a little bit car repairing paste and feathers from fishermen shop - B. Sodeikaitė

Last Stop Is the Moon still travels to the festival circuit. However, Sodeikaitė already prepares her new stop-motion film, Elena. This started off as a Lithuanian folk tale, a country with which Sodeikaitė still identifies even when she's away from it.  However, during the film development process, the project changed and grew into something different.  Both the topic and the crew of the film  (all female) invites a very gendered-themed stop motion short about inner freedom and decisions, Sodeikaitė explains. Let's wait for that.