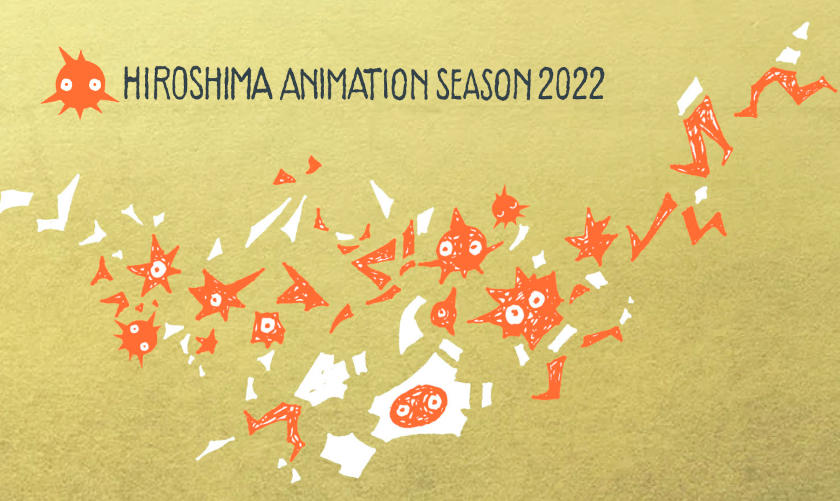 Hiroshima Animation Season 2022 will be held for five days from August 17 (Wed.) to 21 (Sun.), 2022 at JMS Aster Plaza and other venues in Hiroshima as a main project of the Media Arts Division of the Hiroshima Festival (August 1-28, 2022), which will be newly launched by the Hiroshima City in August 2022.

A new animation festival Hiroshima Animation Season is pleased to announce that three artists have been selected for our residence program “Hiroshima Artist in Residence (H- AIR)”.

The invited artists this time are Mahboobeh Kalaee (Iran), Nata Metlukh (USA), and Sakura Koretsune (Japan). The three artists, who are internationally acclaimed with remarkable achievements, will stay in Hiroshima City for six months starting from May or June, depending on the availability of artist’s arrival to Hiroshima, and work on their new projects and interact with the Hiroshima citizens.

Mahboobeh Kalaee has won numerous awards, including the Best Film Award at the Fantoche International Animation Film Festival for a stop-motion film "The Fouth Wall" last year. The film was also awarded the Grand Prix of the Animation category at the 25th Japan Media Arts Festival which was recently announced, and she is attracting a great attention in Japan as well.

Nata Metlukh is a Ukrainian-born, U.S. based artist well known for GIF animations from her observations of people's everyday life, and she has over 27,000 followers on Instagram.
With her astute observation, "awkward," a film depicting common everyday awkward moments, was awarded the Best Short Film of the Year at PromoFest in Spain in 2020.

Sakura Koretsune is an artist who focuses on human activities, whaling, hunting culture, and the spiritual culture of the sea, and conducts fieldwork in Japan and abroad, creating works such as a little press and textile-based works. She participated in many exhibitions in Tohoku (''northeast'' region of Japan) and Hokkaido areas, including Yamagata Biennale and a solo exhibition at Rias Ark Museum of Art. She will be making a first animation in her hometown of Hiroshima, in the field area of the Seto Inland Sea.

Hiroshima Animation Season announces its for entries for the Competition and applicants for the Artist-in-Residence.

Both competitions accept films of any length, without separating feature films and short films. The films that pass the preliminary selection will be screened during the festival from August 17 to 21, and will compete for the Grand Prix and other awards.

In the spring, the festival will announce various programs such as Hiroshima Awards for the Japanese, Hollywood, and other animation professionals from the Pan-Pacific and Asia.

* Submissions will be accepted regardless of whether they are feature-length, short films, or student works.

The Academy section of the festival, which aims to revitalize the art and culture environment in Hiroshima through animation and media arts, announce the  Hiroshima Artist-in-Residence (H-AIR). The program encourages outstanding animation artists and specialists from around the world to stay in Hiroshima for six months to develop and produce new projects.

A total of three selected artists from all around the world will be invited to stay in the Tsurumi, Yokogawa, and Minaga areas and will interact with local residents and people involved in the arts and culture, and work on their own projects for six months starting in May 2022.

Considering the impact of the recent global spread of coronavirus infections, the festival has  decided to open a second application period.