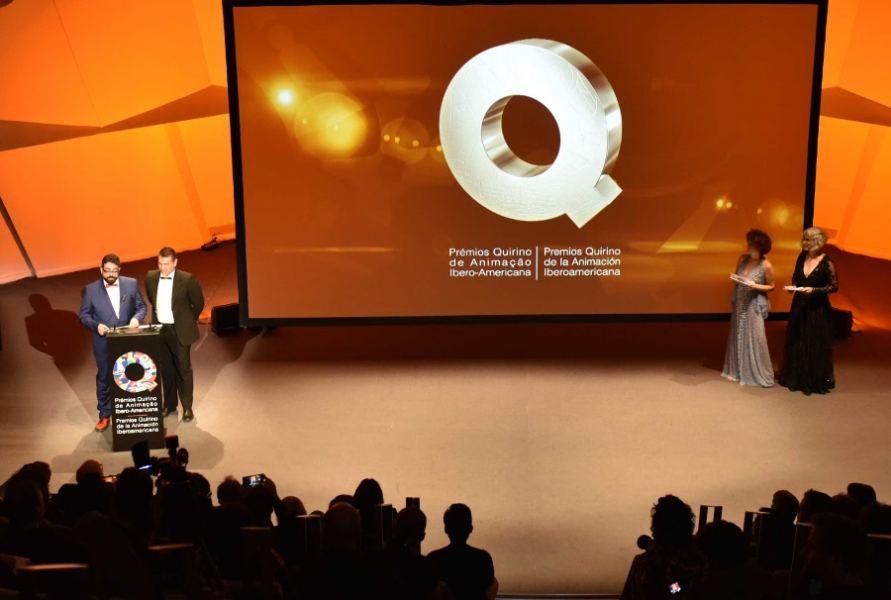 Event Description
The awards are named after the creator of the first animated feature film in history, the Italian-Argentine Quirino Cristiani, who in 1917 directed "The Apostle"; an Argentine production in which 58,000 drawings made by hand and shot in 35 mm were used, in addition to several models representing public buildings and the streets of the city of Buenos Aires.

Call for entries (only for animated films by Ibero-American filmmakers)

The call is aimed to works, with majority production from one of the 23 Ibero-American countries, that have been released during 2021, although in the case of feature films, series and animations for video game works, the could have been released as of June 1, 2020.

The Ibero-American Animation Quirino Awards announced today their finalists at an event held at Casa de América in Madrid and broadcasted by streaming to the whole world. A total of 24 works will compete in the 9 categories of these awards created to promote and value Ibero-American animation. Spain tops the list of finalists with 11 titles, followed by Mexico and Argentina with 6, Chile and Brazil with 4, Colombia & Portugal with 3 and Costa Rica with 1. The debuts occupy a prominent place in the selection, reflecting the dynamism and commitment to new talents in animation from the 23 countries that make up the Ibero-American region.

The winners will be announced on May 29th at a ceremony in the city of La Laguna, Tenerife, the new venue for these awards sponsored by the Cabildo de Tenerife through the Tenerife Film Commission. In addition, the ceremony will pay tribute to the Cuban cartoonist and animation film director Juan Padrón, creator of Ibero-American animation classics such as "Elpidio Valdés" and "Vampires in Havana”. 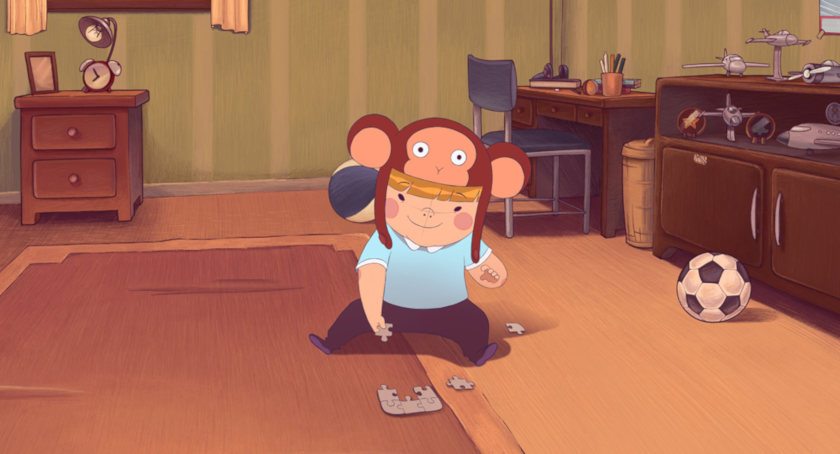 A Costume for Nicholas

This category is completed with the Chilean "Nahuel and the Magic Book", the debut of Germán Acuña Delgadillo and selected in the official competition of Annecy 2020.

The series for family audiences monopolize the category of Best Series, in which compete the Spanish "I, Elvis Riboldi", directed by Javier Galán and Raphaël Lamarque, which has been distributed in more than 130 territories, and "The Zurfs", directed by Alex Cervantes. The Chilean “Petit Season 2” by Bernardita Ojeda, who is once again a candidate after being a finalist in 2019 with the first season of this same series, and the Brazilian “Count On Me”, a series for preschoolers directed by Andrés Lieban and Alessandro Monnerat, complete the selection.

In the category of Best Short Film, the animation of the Iberian Peninsula monopolizes the nominations with the Spanish “Homeless Home” by Alberto Vázquez, which was awarded in the last edition of Annecy, and “Roberto”, debut of the director and producer Carmen Córdoba González. The shortlist is completed with the solo debut of the Portuguese director Alexandra Ramires, “Tie”, who has participated in around 40 international festivals.

After selecting the finalist works, the jury made up of the French Jean François Tosti (TAT productions), the Portuguese Joana Toste (animator and director), the Brazilian Paula Taborda (Planeta Junior) and the Spanish Sergio Jiménez (Pinkman.TV) will also be in charge of defining the winners in each of the categories.

The Ibero-American Animation Quirino Awards have announced the finalist works in the nine categories of its third edition, which will be held on April 18th in the island of Tenerife. The announcement was made this afternoon at Casa de América in Madrid, in a press conference in which José Gregorio Martín Plata, Island Councilor of the Area of Territory Planning, Historical Heritage and Tourism of the Cabildo de Tenerife; Beatriz Navas, Director of ICAA, Institute of Cinematography and Audiovisual Arts; Pablo Conde, Director of Fashion, Habitat and Cultural Industries of ICEX, Spain Export and Investment; Elena Vilardell, Technical and Executive Secretary of the Ibermedia Program; and José Luis Farias, Coordinator of the Quirino Awards; in addition to representatives of the embassies of Brazil, Mexico, Paraguay and Portugal.

A total of 22 works from nine countries in the region will dispute the statuettes of this third edition. Productions from Argentina, Bolivia, Brazil, Chile, Colombia, Mexico, Paraguay, Portugal and Spain will opt for the Quirino Awards in the nine categories in a selection that reflects the international projection of Ibero-American animation and has a broad representation of films oriented to young and adult audience.

The Portuguese animation is the most represented with ten candidates, while Spain presents seven finalists, followed by Argentina (6), Brazil (4), Colombia (2), Bolivia (2), Chile (1), Mexico (1) and Paraguay (1). The Portuguese school short film "Nestor", co-produced with the United Kingdom, is the work with more nominations (4); followed by the Spanish feature film "Klaus" and the Portuguese short film "Uncle Thomas Accounting for the Days", with three nominations each.

The four feature films that qualify for the Quirino Award are: the Argentine-Spanish co-production “Turu, the Wacky Hen”, by Víctor Monigote and Eduardo Gondell; the Argentine “The Longleg” by Mercedes Moreira; the Colombian “Reconciliation Stories” by Carlos Santa and Rubén Monroy; and the Spanish "Klaus" by Sergio Pablos.

For its part, the finalist series are the Portuguese “Crias - Crocodiles”, co-produced with France; the Spanish "Momonsters"; the Mexican “Space Chickens in Space”, co-produced with the United Kingdom, Ireland and Australia; and the Brazilian “Tainá and the Amazon's Guardians”.

The categories of commissioned film and visual development stand out, in which the finalists come from a single territory. Three Argentine pieces will compete for the Best Commissioned Film Award: “In Your Hands”, “Mate?” and "We Have Voice" (being Mate? Co-production with Bolivia, Brazil, Chile, Paraguay); while three Portuguese works opt for the Best Visual Development Award: "Nestor", "The Peculiar Crime of Oddball Mr Jay" and "Uncle Thomas Accounting for the Days".

In addition, nine other works opt for the Quirino Award in the categories of animation design, sound design and original music and the novelty in this edition, animation for video game. The list of all the finalist works can be seen here.

After the closing of its call last December 8th, the II Ibero-American Animation Quirino Awards enter the stage of selection of works. A total of 244 feature films, series and short films from 16 countries have been submitted to the second edition of these awards, which seeks to highlight the talent and the Ibero-American animation industry.

With 60 and 49 works respectively, Spain and Brazil lead the number of applications. Costa Rica, El Salvador, Paraguay and the Dominican Republic are joining these awards for the first time, expanding the list of countries in the "Quirino space". The second edition of these awards, which have the main sponsorship of the Cabildo de Tenerife through the Tenerife Film Commission, will take place on April 6th 2019 in Santa Cruz de Tenerife, Spain.

This first balance of the closing of entries has been announced by José Luis Farias, promoter of the awards, this Wednesday December 12th in the framework of Ventana Sur, the market co-organized by the Marché du Film de Cannes and the Instituto Nacional de Cine y Artes Audiovisuales de Argentina (INCAA), which celebrates its tenth edition from 10th to 14th December in the city of Buenos Aires.

Portugal and Mexico have been the countries that have increased the number of applications the most, followed by Brazil; while works from Spain and Colombia have descended the most. In total, 18 animation feature films, 35 series and 96 short films have been presented.

Among all the postulated works, a committee will select six nominees per category, which will be announced in January 2019. The committee is composed by the Polish Agnieszka Kowalewska, the Irish Barry O'Donoghue, the French Loïc Porter and the Spanish Paco Rodríguez and Zulay Rodríguez. Among the selected works, an international jury will choose three finalists in each category, which will be those who will aim for the awards that will be given on April 6th in Tenerife.