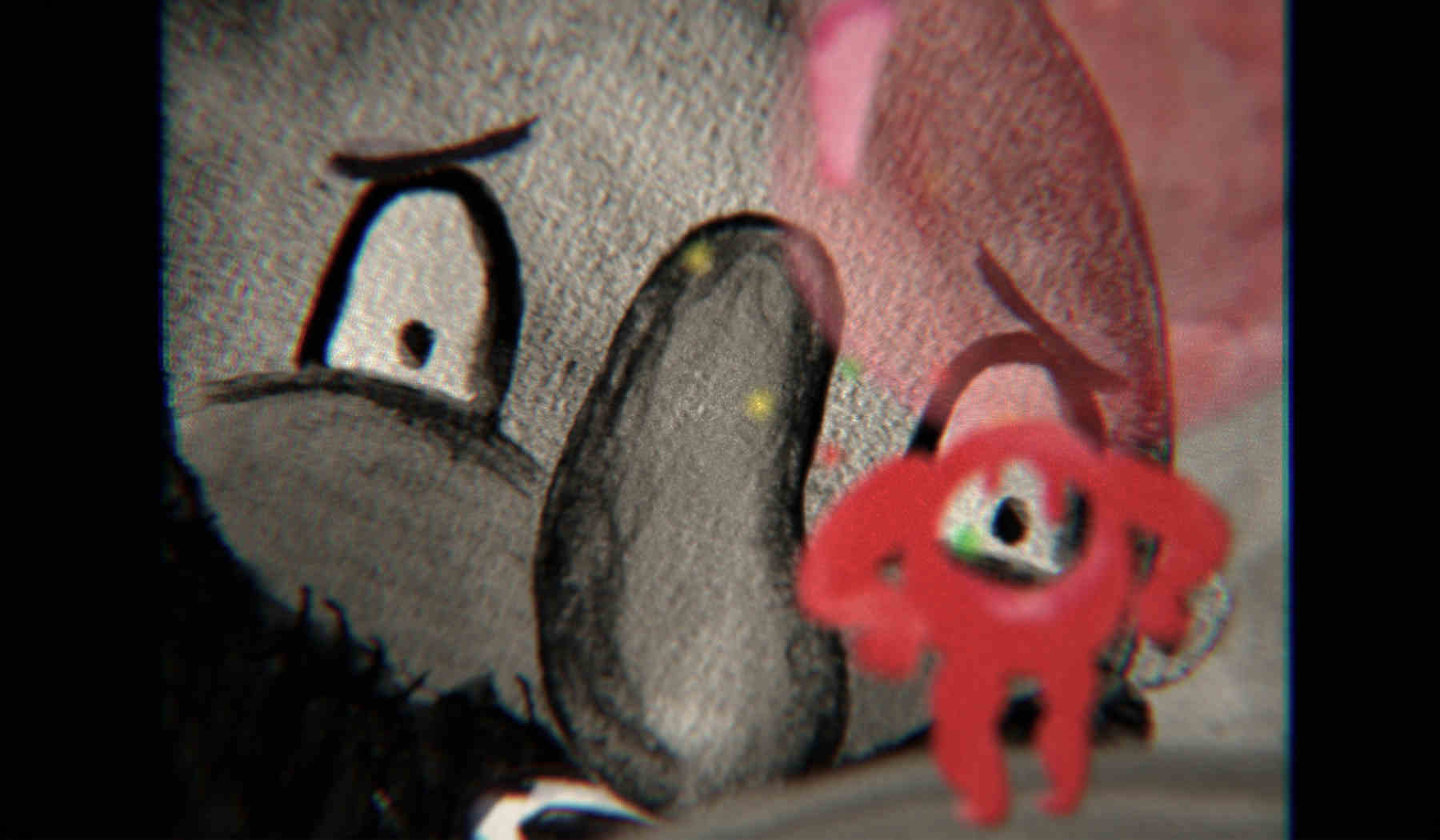 This week, Zippy Frames interviewed animator Stephen Irwin on his latest film, Wood Child and Hidden Forest Mother, which screened recently at Sundance. The film continues his exploration of adult-oriented stories, and invokes cosmic connections between humans and the natural world. In this interview, Irwin discusses the conceptual process which underpins his production pipeline.

The film Wood Child and Hidden Forest Mother begins in black and white: a man enters a forest on a hunting trip, targeting each animal excitedly. He spies a tiny creature, which transpires be a miniature man, who he shoots, then chases through the trees. The film suggests an adult world of bodily functions and visceral danger, wherein characters change gender, as though possessed by the forest’s vibrant, rainbow of fecundity. This switch from black and white to vivid colour is reminiscent of how the same transition is used in The Wizard of Oz, operating as a sign of division between worlds. The film oozes a grotesque corporeality, connecting people with Nature through bodily dirt and fertility. 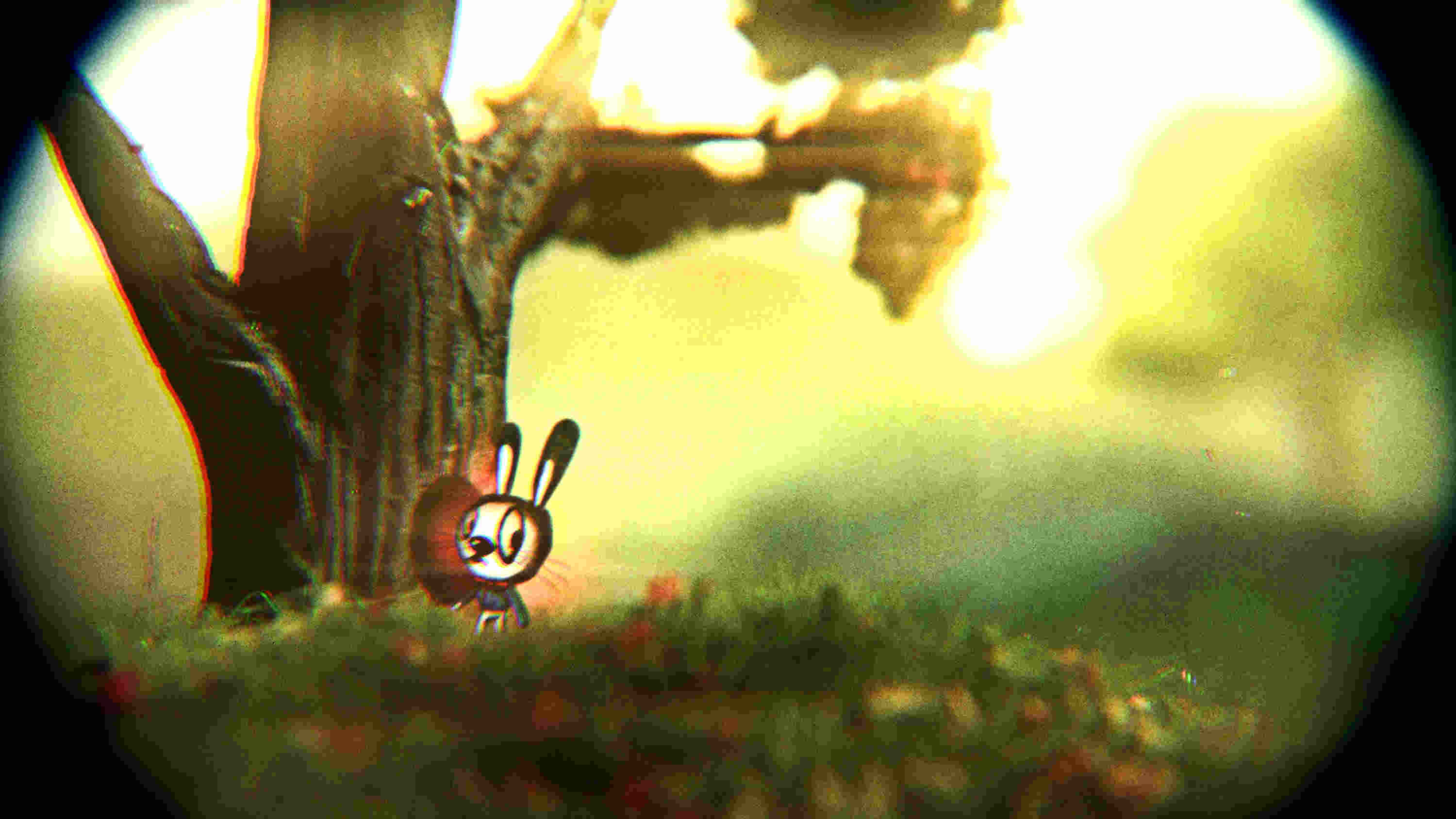 In conversation, Irwin describes how his conceptual process always starts with a story: organic idea development is fundamental to his practice, with themes establishing themselves autonomously as the story grows. In terms of influences, Irwin often returns to darker works, such as the films of David Lynch; he also cites the American cartoonist and animator Chris Ware, due to his referencing of 1930s animation processes. Ultimately he feels it is essential to watch the full tonal spectrum of cinema, and this is evident in the freedom with which his stories veer from darkness into light and back again.

Watch the trailer of Wood Child and Hidden Forest Mother:

In starting a new film, Irwin’s process involves gathering a mass of images, a vast moodboard and library of reference images; some may be viewed only once, whilst others are key. One image, a cartoon strip from Gasoline Alley, drawn in 1931, stayed on Irwin’s studio wall throughout production, serving partly as a colour reference. The strip also uses geometric spectrums and rainbows as a cosmic backdrop to the story, connecting with devices in Irwin’s film. There is a strong flavour of old-school 2D animation, stemming back to Felix the Cat, and these influences are felt through flickering lighting, colour grading and atmosphere. Having never formally studied animation, Irwin has evolved his own production pipeline, with all 2D imagery being drawn and painted on paper, then scanned to Photoshop for clean-up. His key reference points for character motion are these early pioneers of animation, partly due to the simplicity of their animation processes.

All animation is done using After Effects, and through rigging with the plug-in DUIK, Irwin has developed a physically realistic and distinctive style of cut-out character animation. In addition, he sometimes makes background sets as 3D models, using materials such as cardboard, and props from dollshouses, such as miniature duvets. Influenced by Raymond Briggs’ When the Wind Blows, Irwin describes his love of the combination of 2D drawn and 3D built sets, and sometimes he uses this approach in compositing his hand-drawn characters and environmental assets against background 3D model sets. 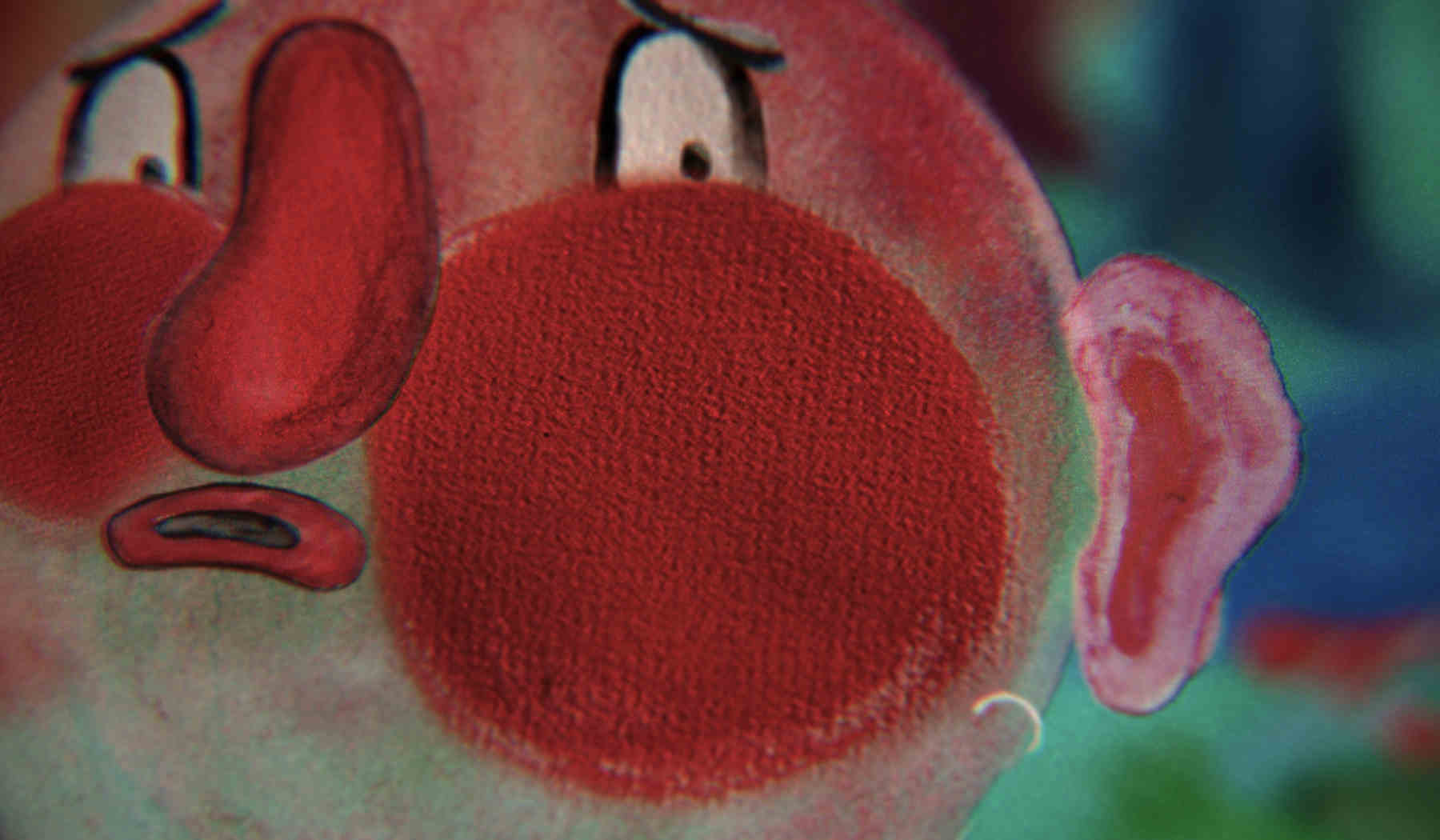 Describing the tactile and handmade qualities within films as finger prints, like an aura of production, Irwin has developed a hybrid production pipeline. Ultimately, this process allows the work an essential, tactile sensitivity, and compositing is used sensitively to retain this material fragility. Stephen Irwin is an intriguing voice in new independent animation, exploring strangely cosmic, darkly vibrant stories, infused with a grotesque, bodily humour. We look forward to seeing his new work as it unfolds.