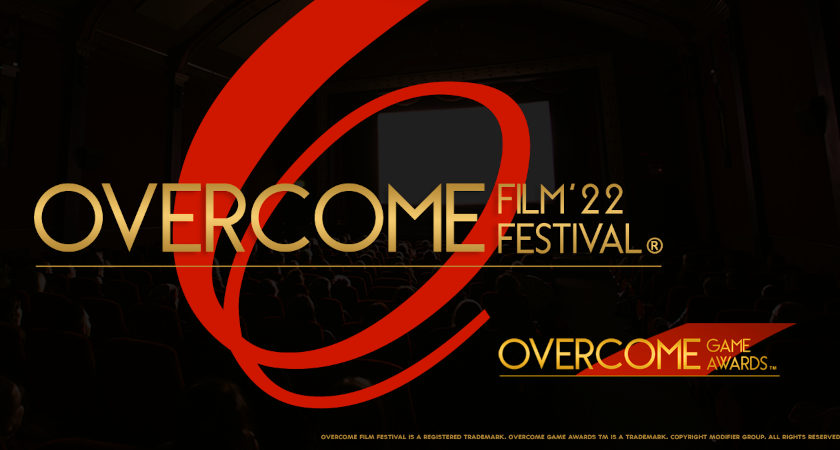 The Overcome Film Festival is an international event for all storytellers, filmmakers, and artists to tell the world their stories of survival and triumph over adversity. The official program will include Features and Short films in the categories of live-action, animation, narrative, non-narrative, experimental, and audiovisual poetry with 27 Award categories. The Overcome Film Festival especially encourages and welcomes the entries of filmmakers all over the world who want to share their experiences in overcoming adversity or any other factor that has contributed to their growth as a person and motivated them to celebrate their existence. It is the focus of the film festival to give survivors a voice and a venue to share their life experiences and provide hope to others regardless of where they come from in the world.

The OVERCOME Film Festival will be presented in the competitive categories described below:

Autumn arrives at last as the birds set out for their long flight to a warmer climate, we follow the change of season through the eyes of the Verdies. Suddenly the water rats launch a terrible attack against the Verdiesand all creatures around the Lake. The two nations, Grimps and Verdies, have been enemies as long as anyone can remember but now, their only chance against the rats is to join forces against this attack. Nothing can stop Willy from achieving his lifelong dream of becoming a guard. Packed with plenty of adventure and appealing characters, we witness Willy Whistle in his struggle from green-haired youth to maturing into brown-haired adulthood. Along the way, Willy's antics actually inspire us with his sense of loyalty,responsibility, generosity and tolerance.

FLIPPED explores the absurdity of a world where the roles of kids and adults are switched. The story follows a day full of bizarrely reversed interactions, unraveling the dynamics of this relationship. The kids are challenged to deal with the big size difference and unpredictable nature of the childish adults, while adults gain back kids' qualities, let go of all responsibilities and become children once again. The movie tackles maturity and parenting in a comic way. Whether it is seen from a parent's perspective or from the child's, the audience is left with thoughts about the nature of this relationship and how the roles inevitably change throughout the course of our lives.

Brothers Sam and Max can't agree on anything, but when Max's ambitions to fly to the moon in a cardboard box put them both in grave danger, it's up to older brother Sam to get them home safe.

This story is about an astronaut who, as a child, dreamed of flying and being free. And now he seems to be flying in the sky, but he is actually locked in the capsule of a spacecraft. One day, minor problems lead to bigger problems, causing the spaceship to lose control and collapse on Earth. And now the astronaut will once again spread the wings of his dreams and return to childhood.

OFFICIAL SELECTION
The blue of salt, Directed by Alice Bohl

The blue of the salt is the journey of a young woman bruised by a mourning who tries to find peace in her memory. The train on which we embark with her is a night crossing until dawn, between dream and reality. She finds there the desire to live and be present to the world.

DOUBTS, a poem by Julie Flanders with animation by Phoebe Cavise, is both a light and serious reminder to believe in something better than your uncertainties. Conveyed with love and whimsy this short film is meant to shift and elevate the spirit of the viewer. A seamless marriage of word and image, DOUBTS is a philosophical amuse-bouche designed to please the mind and delight the senses.

OFFICIAL SELECTION
No body, Directed by haemin ko
A traditional charcoal animation with an autobiographical experimental animated poem. Based on directors journals which is about her immigration experience in London, Nobody explores relationship between city and me through three emotional chapter. Excitement, frustration and hope.