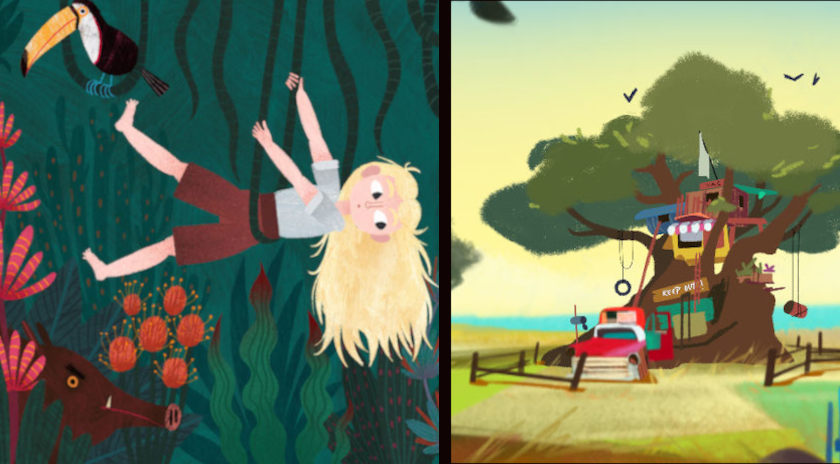 Check the full line-up of the Kids Kino Industry event, which will have its  hybrid edition 28 September – 1 October 2021.

The Kids Kino Industry Forum, established five years ago, purports to bring the best in children's audiovisual content both in live-action and animation.

This year's event (28 Sep - 1 Oct 2021) will be hybrid, both in Warsaw and online for accredited professionals to attend. Its selection (out of 71 submissions) consists of 8 live-action, 12 animated, 1 animated/transmedia, 2 live-action/animated projects and 1 documentary, and is made up of 12 films and 12 series, all together from 19 different countries. The selected projects are at different stages of production and will be presented within three sections: In Development (17*), Work in Progress (6) and Market Presentation (1).

The initially 21 selected projects will join three previously chosen projects which won the opportunity to participate in the Kids Kino Industry forum. The projects “No Happily Ever After” (Czech Republic) and “The Olive Bunch” (Cyprus) were included in the line-up after being selected at the CEE Animation Forum, while the Finnish series “Game of Minds” (Finland) was selected from M:brane.

The subject matter covered by the selected titles is very wide-ranging, with projects based on bestselling books and a live-action sentimental comedy for children with puppets, a colourful adventure film inspired by the extraordinary life of the explorer Alexander Laime, who spent an incredible time together with his family in the Venezuelan jungle in the 1950s, or a musical set in Yugoslavia after the collapse of the Berlin Wall, through to an animated series looking at climate change, diversity and an inclusive and conscious society, a humorous preschool series on how to deal with your emotions, and a documentary on puberty.

(The title of a 25th project from Latin America will be added to the official selection in due course, in the In Development section, via the established cooperation with comKids+BrLab).

The pitchings and One-To-One meetings are the main core of the programme. The selected projects will be presented to Polish and international professionals from the film and new media industries, including distributors, broadcasters, investors, representatives of VOD platforms, film funds and festivals, as well as potential co-producers, among others.

Although the pitching sessions and One-To-One meetings are the key points in the KKI programme, the event also offers a wide spectrum of masterclasses, workshops, panel discussions, consultations and many other inspiring activities for those attending.
Accreditation will be on sale from mid-August.