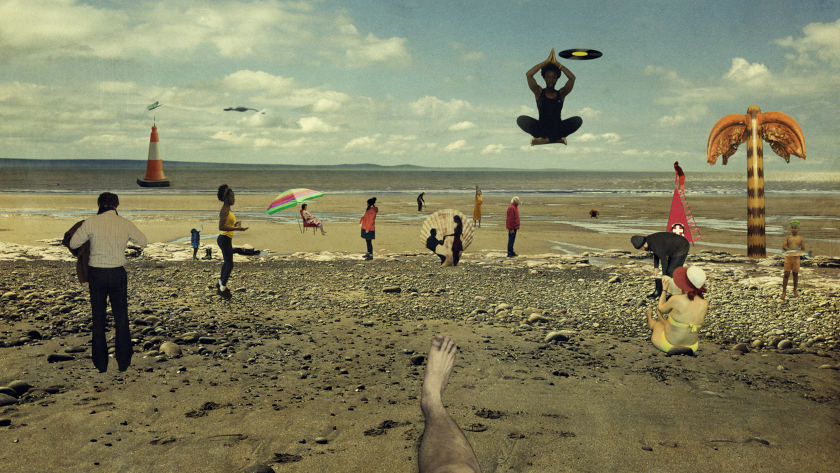 A humorous observation about the memories of a beach retracing all those who have touched its sand. This is the synopsis for UK animation director Shaun Clark (production: Flickermill) new short animation film.

After premiering his 'In the Beginning' film at Zippy Frames (here's the trailer and the interview), Clark returns with another animation short -this time he talks about sea and the summer beach. Shaun Clark talks to Joseph Norman.

ZF: Can you describe your original intentions in making the film?

SC: My initial intention was to make a film about a diverse range of people who have never met each other but have each touched the same beach; running their fingers through the same grains of sand, playing, dancing, relaxing and dreaming. The film is about bringing people together into a community by placing them all in the same place at the same time.

Watch the WIsh You Were Here trailer:

ZF: The film has a strong sense of humour in its location as a holiday location, with the tide out and rain falling, like a stereotypical British beach holiday. Where did you film the beach sequence? And how did you develop this humorous approach?

SC: I filmed the beach in Porthcawl in Wales on my mobile phone whilst on holiday. It started off as a time-lapse video, capturing a lazy summer day with people jogging, others playing games, throwing balls for their dog and people arguing. I then took these actions and made them more humorous by exploring what the characters where thinking about and exaggerating these moments.

ZF: As an artist, where do your ideas start from?

SC: Anywhere and anything inspires the ideas for the films I make and in this case the idea came from ‘making’ – filming on a lazy holiday. Animation is such a wonderful art form lending itself well to create a large breath of ideas as we have the possibility of bringing anything to life.

ZF: Can you describe the development and production process?

SC:The original time-lapse footage was filmed quite wide as it was never meant to be a film. So I was not able to use any of the people, which I had filmed as they where too small in the frame. So I kept a still image of just  the beach and filmed the sea in Bawdsey in Suffolk and composited it onto the beach so I had a stage ready for the actors.

I then developed the characters that would populate the beach using the initial time-lapse as inspiration. I really wanted to emphasize the unusual things, which happen on beaches and visualise the characters thoughts through their actions. For instance the children who are playing in the sea are imagining they are jumping into the water from the clouds in the sky. Whilst the man who is playing fetch with a dog is throwing a car tyre instead of a ball as he’s thinking about him taking his car in for an MOT.

I created approximately twenty characters for the beach and worked on interweaving narratives and connections, which could bring them together. For instance the Mother and child who are kicking a wellington boot is connected to the Fisherman who has lost his boot and is constantly wandering around looking for it.

Once I had developed the characters I filmed myself acting out the loops and sent these video references to the participants so they could see what they needed to do. I also sent a PDF to each participant with directions about costume and shooting angle. Each person filmed their loop and I then extracted the backgrounds and changed the timings.

As some characters also required props I animated a number of objects using stopmotion and greenscreen these clips where then composited together with the characters looped footage. 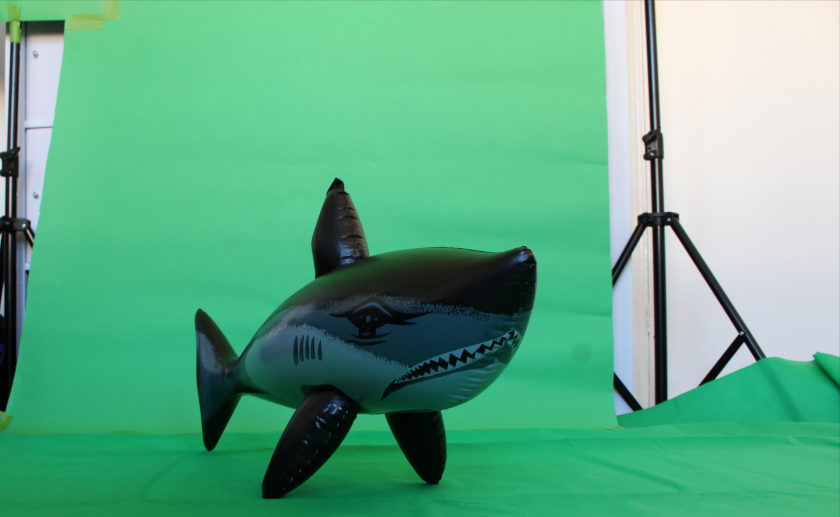 Having rendered each character separately I gave the sound designer David Pringle all the animated loops and he designed the sound for each clip. I then began to work with Editor Ariadna Fatjo-vilas and we brought each loop into premiere and edited the full film with the sound from David. Once the film was picture locked David worked further on the sounds and added music and mixed the soundtrack for the full film.

Editing all the looped footage in Adobe Premiere

ZF: How was the film funded?

SC:The film was partly self-funded and the rest funded by a micro commission grant from the Clapham film unit to complete the post-production.

ZF: The film contains a humorous social commentary, in conjunction with the cyclic actions take on a surreal and amusing tone through repetition; how did this approach develop?

SC: As the film progressed it did get more surreal because I started exploring who the characters were and what they could be thinking and reflecting this in their actions. The space the characters took up within the frame also influenced their actions, as I knew the frame would become quite full I came up with ideas, which utilized the sky and also the sea. Ideas like characters throwing vinyl records across the sky and a giant leg appearing on the horizon to fill those spaces, which were not being used.

The new animated short film from Flicker Mill, directed by Shaun Clark, sets an original idea against a very British backdrop: the beach.

Shot initially at Porthcawl in South Wales and then additional footage in Suffolk, the film opens with an empty landscape view across a bay towards mountains in the distance, the gentle lapping waves creating a rhythmic lull. A lone person appears digging in the beach at a distance; the sound and image of their activity combines with the sound of the sea. Now a woman appears sat on the beach, sunbathing and turning pages in her book. As each new character enters the scene, their sound and actions become part of the overall pattern of repetition. More people and now objects come into view, each with its own cycle. The film follows a quite surreal and humorous commentary, through the beach functioning as the location for common experience between different people who do not interact with one another but share the experience of being at the beach at the same time. In interview, Clark explained how he explored developing interweaving narratives through which the characters could interact.

The film is striking in its inventive use of landscape as a stage: through compositing of sea, characters and props, we see the different characters as they each experience the seashore differently. Clark summed up his approach interestingly in explaining how the character that is digging in the sound is like the conductor of the film, and this may be understood in terms of conducting both sound and action through the character’s imagination. 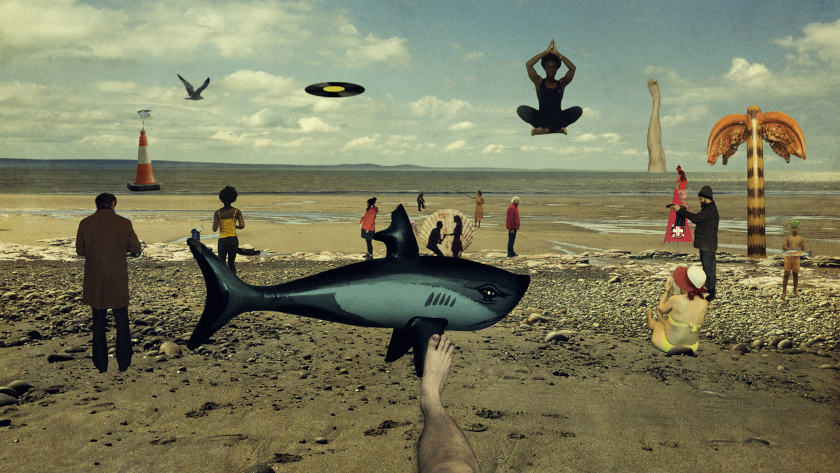 Shaun Clark (Director): Born in Beverley, United Kingdom. Independent filmmaker Shaun Clark has worked as a director and animator since 2005. His work has been BAFTA nominated and won prizes at Clermont Ferrand Film Festival, London short film festival, Imagine Film Festival and the British Animation Awards. Shaun has held retrospective screenings of his films both in Greece and South Korea and has created films for the BBC, Discovery Times USA and Arts Council England. He currently resides in London where he works as a director at www.flickermill.com