3D Wire Market reveals the jury of its short film festival.  The jury is made up of four internationally renowned professionals: Jean Thoren, director of Animation Magazine; Jose Miguel Ribero, director and founder of Praça Filmes; Véronique Encrenaz, director of MIFA Annecy; and Shamik Majumdar, Creative Director of the Department of Animation and Live Action Content of Disney Channels EMEA.

The American Jean Thoren is the owner, director and editor of Animation Magazine, and also responsible for the World Animation and VFX Summit, a reference meeting for industry professionals.

For his part, the Portuguese Jose Miguel Ribeiro is a famous filmmaker with a long career where he accumulates numerous international awards; the Cartoon D'Or or the Golden Pardino of the Locarno Film Festival. Among his most recognized works are the short films Sunday Drive, The Suspect and Metralla, in addition to the series Home Things. He is currently immersed in the preparation of the feature film Nayola, based on the work A Caixa Preta by José Eduardo Agualusa and Mia Couto

Véronique Encrenaz, from France, is another member of the jury. Director of Annecy MIFA, one of the largest animation film markets in the world and assigned to the Annecy Animation Film Festival. A business focus that attracted nearly 3800 professionals in the sector last year.

Fulhouse is completed by Shamik Majumdar, Creative Director of the Department of Animation and Live Action Content at Disney Channels EMEA. His role includes the creative development of original animation series for Disney Channel, Disney XD and Disney Junior. Some of his latest projects are Disney 101 Dalmatian Street, Counterfeit Cat and Randy Cunningham: 9th Grade Ninja.

The calling strength of the event in all its areas grows edition after edition as the cast of confirmed personalities so far attests - José Luis Farias, 3DWire director

Important names of the sector as project consultants

One of the areas that 3D Wire takes most care is the consultancy of animation and video game projects. Every edition there are many professionals who come to this appointment to present their work and be able to contrast ideas and perspectives.

In its tenth edition, the International Animation, Video Games and New Media Market that takes place in Segovia between October 4th and 7th, will have important names within these creative and production consultancies such as Bianca Rodríguez, Sales Director of Cake Entertainment (United Kingdom). Bianca, with more than 14 years of experience in production and distribution, oversees the international sales strategy of the aforementioned company.

Nicolas Schmerkin, founder and director of the French production and distribution company "Autour de minuit", winner of the 2010 Oscar for the short film Logorama, has also confirmed his presence.

Edwina Liard will be another of the consultants. Co-founder of the French production company IKKI Films, Edwina has more than 10 years in the sector with such outstanding works as the animated short films Chulyen, a Crow's Tale by Agnès Patron and Cerise Lopez, Gusla or the Spirits by Adrienne Nowak, Lupus by Carlos Gomez Salamanca or the Oscar-nominated Negative Space by Ru Kuwahata and Max Porter.

Another confirmed presence is Risa Cohen, executive producer and consultant with more than 20 years of experience in animation and video games for companies as powerful as Disney, Namco US, Universal Studios, Warner Bros or ABC television, among others. In 2004 she creates her own company (RC Productions) and made this work compatible with being a consultant in entities such as European Film Bonds (Denmark).

The director and founder of TM Consulting Paris, Terence Mosca, will not miss the Segovian appointment either. A curriculum where different strategic marketing positions appear at Disney, Ubisoft, and Gallimard; and since 2009, he’s been consultant supporting developers in the marketing and business development part. Its client portfolio includes developers for mobiles and consoles and publishers such as Sybo, Tequila Works, Le Game, Mondo TV, Digital Reality or Grasshopper Manufacture, among others.

These names join the Argentine Mariano Melman-Carrara, who had already confirmed his attendance to give in the conference "Production applied to VR, case study of Back to the Moon" and the jury member Shamik Majumdar.

The support of Acción Cultural Española (AC/E) through its Program for the Internationalization of Spanish Culture (PICE) in the modality of Visitors makes it possible for Mariano Melman-Carrara, Edwina Liard and the juries Jean, Shamik and Véronique to participate in this 10th edition.

André Bergs, director of animation projects and awarded with numerous prizes will also be present. His quest to find new methods to tell stories and the creation of digital comics, has led André to undertake two new professional adventures: Protanopia and RRR 1, two digital comics that he will present in this tenth edition of the market.

Two other notable names are Krešimir Zubčić and Vincent Tavier. Zubčić is Acquisition, Head of Foreign Kids Programme Department at HRT, the public broadcasting company in Croatia that manages five television channels, three national radio stations and eight local radio channels. On the other hand, the Belgian producer Vincent Tavier, has an outstanding career where works such as Ernest & Celestine (Nominated for the Oscars), The Evil Ferocious Fox (Winner of the Cesar Award for best animated film) or A Town Called Panic (Selected by the Cannes Film Festival) shine, among many other titles.

Preview of Another Day of Life

3D Wire will carry out a special pass prior to its premiere in cinemas (October 26th) of Another Day of Life (Raul de la Fuente, Damian Nenow).  This animated feature film with real footage is based on the homonymous novel by the prestigious Polish reporter. It tells the moving story of the three-month trip that Kapuscinski made through an Angola devastated by the war, in which the fronts changed from one day to the next.

Produced by Kanaki Films together with Platige Image, Walking the Dog (responsible for The Triplets of Belleville, A Cat in Paris, The Secret of Kells), and the German Wuste Films, the film has an outstanding technical team, with big names like Oriol Tarragó, responsible for the sound and winner of four Goya awards for recent successes of Spanish cinema as A Monster Calls, The impossible or El Niño.

Previously presented at the 2012 3DWire at a concept stage, the screening will take place on Thursday, October 4th at 9:00 pm at the Juan Bravo Theater in Segovia, in the presence of co-director Raul de la Fuente.

3D Wire is the animation, video games and new media market which takes place in Spain and one of the most important European markets. Winning European and Spanish short films automatically enter into the pre-selection for the European Animation Awards. Its 10th edition takes place 1-8 October 2018. 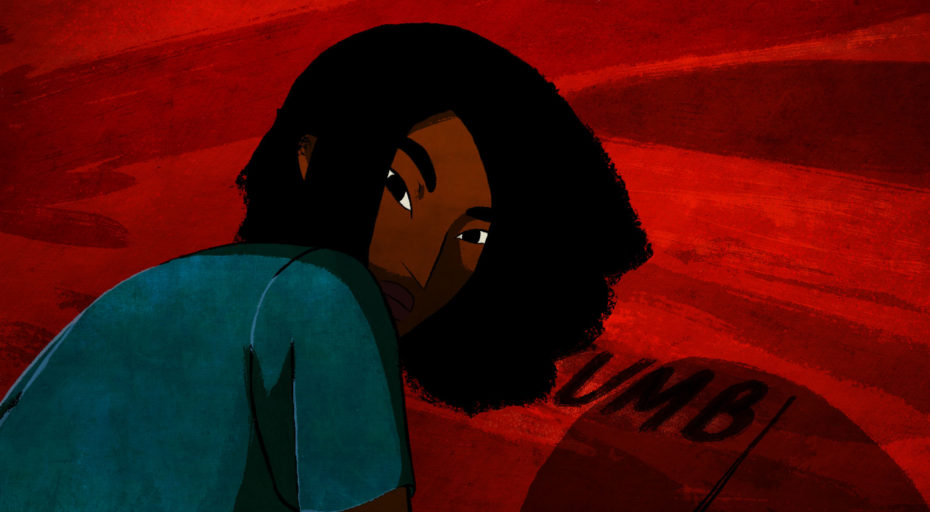