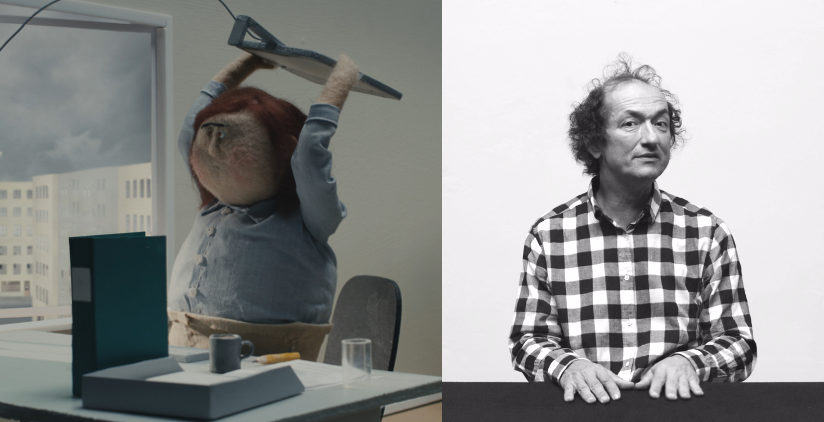 Having fun and animation for 4 days in a row, the crowds of guests, artists, curators, panelists, professionals, volunteers, fans, viewers, team members and all living creatures (as self-described by its organizers), the 9th StopTrik International Film Festival handed out its awards.

Thomas Renoldner and meticulously fragmented, experimental DONT KNOW WHAT had the Borderlands Competition Award (for films made in the extended sense of stop-motion technique).

Festival guests at StopTrik Festival give their own special mentions to films competing. Find them all below.  Check the video from the 2nd day of the festival, where Iulia Voitova discusses her film The Diver.

*Special mention from Olga Bobrowska (Festival Director): ' An overwhelming visual pleasure may come from perfectly dynamic, brilliantly ironic and disturbingly truthful work of collage.'
Erodium Thunk, Winston Hacking, 2018, CAN, 2'50''
The film was made specifically for a group show in Vienna (curated by Clint Enns and Madi Piller) titled From A to Z, that reflects on Micheal Snow’s 1956 animated film of the same name, and his multiplicity of approaches which fluidly transition between media and form.

*Special mention from Michał Bobrowski (Programme Director)*: Freeze Frame, Soetkin Verstegen, 2019, BEL/GER, 5'
Freeze frame: the most absurd technique since the invention of the moving image. Through an elaborate process of duplicating the same image over and over again, it creates the illusion of stillness. In this stop motion film, identical figures perform the hopeless task of preserving blocks of ice, like archivists. The repetitive movements reanimate the animals captured inside.

*Special mention from Nancy Denney-Phelps*: 'My award goes to a film that made me laugh and want to cry at the same time for it's touching portrayal of loneliness and longing.' Portrait of Suzanne, Izabela Plucińska (Fundacja Las Sztuki), 2019, POL/FRA, 15'

In a small hotel in France, there is a man who tries to stop his hunger for love by eating excessively. Unexpectedly, his left foot transforms into his lost lover, Susanne. Still, this is just the beginning of a surreal story, made of plasticine, about loneliness, jealousy and love.

*Special mention from Daniel Šuljić (Animafest Zagreb World Festival of Animated Film)*: The Opposites Game, Lisa LaBracio, Anna Samo (TED-Ed), 2019, USA, 4'45''
A classroom erupts into a war of words as students grapple with a seemingly simple prompt: what is the opposite of a gun?

*Special mention from Primanima Festival*: The curators of Primanima Festival, Dóra Bartal and Annaida Orosz give their special mention to a film in which form, technique, and content is in a perfect and harmonious match and gives our tired bodies a much-needed stretching.
The Diver,Iulia Voitova (La Poudriere), 2018, FRA, 4'9'

A professional diver undergoes an intense training regime punctuated by relentless blasts on her trainer's whistle. Utterly exhausted, she refuses to dive again and decides to visit a masseur.

A man remembers his childhood memories of growing up with an annoying little sister in 1990s China. How would his life have been if things had gone differently?

*Special mention from Franziska Bruckner (St. Poelten University of Applied Sciences)*: 'The Diver shows a strong and successful woman that gets a little bit of support just in the right moment. The story is told for a unique perspective and with the unique animation technique.'
The Diver, Iulia Voitova (La Poudriere), 2018, FRA, 4'9'

*Special mention from Waltraud Grausgruber (TrickyWomen/ Tricky Realities Festival)*: 'I love this film for its sensual combination of abstract animation with daily life routine. The power of this work lies in the brilliant synthesis of its innovative stop-motion-technic, excellent sound and outstanding visual language.'
Marbles, Natalia Spychała, 2019, POL, 5'22''

Hypnotizing pendulum sets a particular mechanism in motion. A figure appearing fragmentarily, space and a variety of objects form a rhythmic system of mutual dependence. What is the cause and what is the effect? 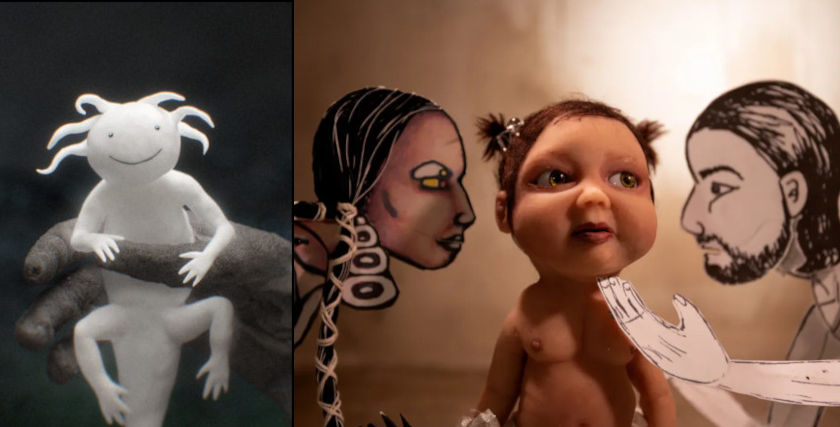