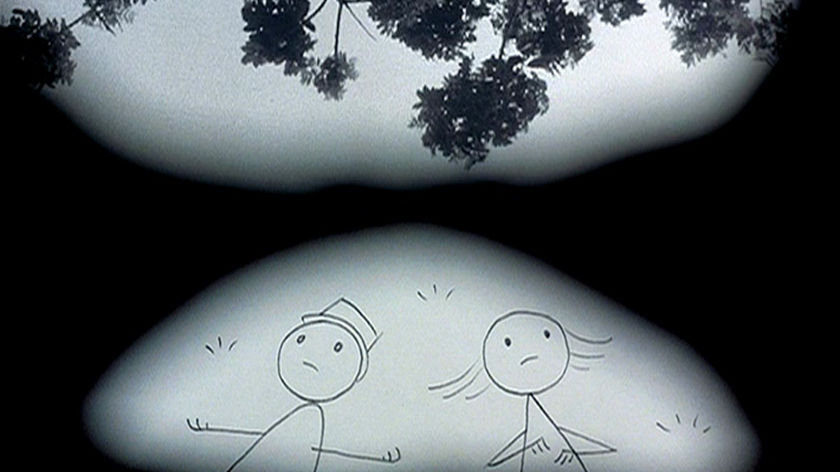 The three-chapter feature film by the US independent director Don Hertzfeldt is an edited collation of his shorts "Everything is OK", "I Am So Proud Of You", "It's Such a Beautifuly Day"). It presents Bill's story, an everyman story, in a non-deadpan, sometimes sarcastic way, but full of clinical observations about the meaning of life and time.

Don Hertzfeldt's unstoppable, distanced and yet seductive narrator seems to  bring in front the animated equivalent of Being Jonh Malkovich. Thoughts that come out as fancy, comic strip captions are embedded in a black, cinematic environment, yet they are juxtaposed by always poignant, multiple exposure photographs of a live-action world.

In this voyeristic world, the stick figure, the three-fingered everyman Bill reigns. Bill has a life that can be considered ordinary, if one forgets in fact his Psycho-related family origins, the family ruthlessness he has experienced, and a loveless life. To make things worse (or better?) he's starting to have memory troubles.

Will Bill be buried in a coffin or travel in a gravity-free space? Hertzefldt's film moves the narration from mild concern to disappointment and resignation, but not in that order. Bill surprises his doctors when they expect the least of him, and at the same time his subjective estimates are never to be trusted. After all, Bill is a receptacle of hallucinatory, disorganized experiences. Even when he has succeeded to "tame the wilderness" outside, disfigured (but never menacing) beasts of every kind keep him company in his visions.

Shy but not timid, Bill follows a forward journey towards his expected death that has moments of cosmic union similar to those that Terrence Malick explored in The Tree of Life (but without the grandeur).

Kubrick might have never entertained the idea of our heads wandering around in space in 2001, but Bill's head takes the challenge in a film replete with brain physics (even stem cells have the habit of listening to horrible, non-classical music).

We feel for Bill. He never complains, and always observes his changing situation with the curiosity of a deja vu experience gone astray. He wonders about the identity of long-forgotten family photos, and we know that something will go wrong, when Bill takes his usual promenade walk around his home in the third film segment. Hertzfeldt has the visual and aural means to surprise by repetition, and Bill's hospital residence is never catatonic, but full of interesting visual revelations.

It is easy to dismiss a film by glossing it as belonging to "the meaning of life" genre (Hertzfeldt has done such a short as well). What makes It's Such A Beautiful Life unique is its insistence that when all is said and done about life and death, a little sympathy helps. 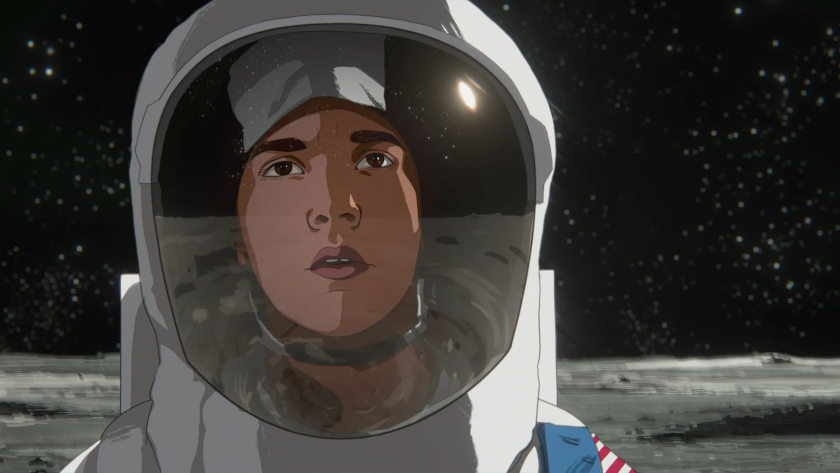 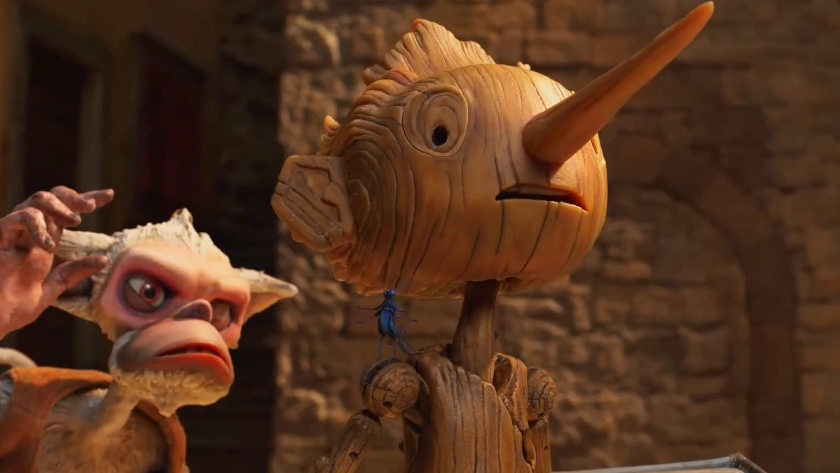 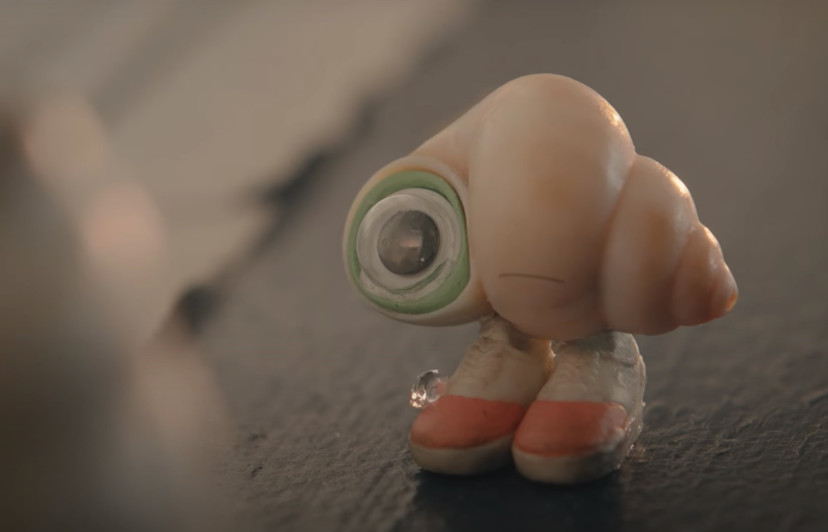