It all started out when director Claude Barras read the dramatic children's novel by  Gilles Paris Autobiographie d'une courgette, published by Plon.  It's a Zucchini's Life/ My Life as a Zucchini (Ma vie de courgette) feature followed suite.

Initially budgeted at 5,3 million euros (now ascending to 6,3 million euros) the new stop-motion animation feature found its first place during the 2012 Cartoon Movie, and is now ready for a 2016 theatrical distribution.

The film is a co-production of the Geneva-based Rita Productions, Blue Spirit productions, Gebeka Films and Helium Films (with the participation of RTS – Radio Télévision Suisse et France 3et France 3, Canal +, Ciné +). It tells the story of Icarus, a child of 9 raised by his alcoholic mother, who nicknamed him 'my zucchini'.

When his mother dies of an accidentally, he is placed in a children's home. It is there, surrounded by other children also traumatized by life, that a new adventure begins for him. 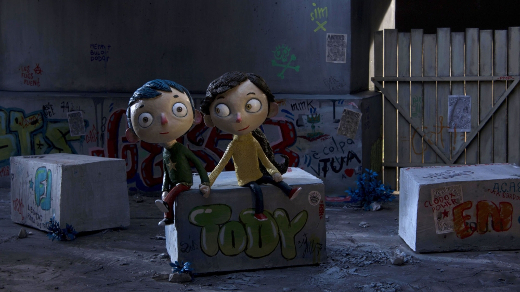 This is a story that animation features have handled before in the past, sometimes successful, sometimes with sugary results. But what is interesting in the new French-Swiss feature is the degree of commitment to a purely emotional, not action aspect -making it more of a dramatic feature about children than a children's film.

Director Claude Barras was adamant during the Annecy presentation of the film, and so did French producer Armelle Glorennece  (Blue Spirit Productions).

Ma vie de courgette resembles both in style and in narrative more of a Dickens story than a Disney one. And the giant, sincere eyes (a trademark of all characters in the film) seem to convey the whole sphere of emotions from surprise to joy and quiet desperation (inserted magnets helped here a lot).

The film's artistic challenges were to make a feature that is as realistic in its character design as a live-action would have been. The original novel was episodic in style, whereas the feature film devised a narrative and a love affair between its characters (a task that Barras undertook with Céline Sciamma). 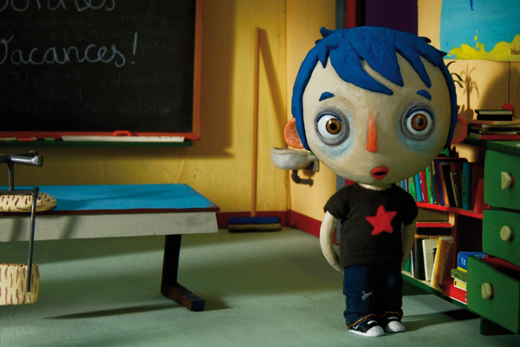 The technical challenge was to support puppets with such a big head on their feet. 3D printing made heads lighter, but also everyday puppet care solved the problem. 3 eye sizes supported more than 20 characters on the 9 sets where the shooting took place.  With 5 weeks of voice recording and child actors in the main roles, the film is currently in post-production. It has already gained distribution in France and Switzerland, with other deals to follow.

The 12-minute sequence that screened during the 2015 Annecy festival makes this stop-motion feature a very welcome addition to the problems of childhood. Without unnecessary comic one-liners, it seems to respect both the curiosity, the humour and the drama of children in need.

If the complete film matches this atmosphere, we could talk about the most warm-hearted animation feature of 2016.