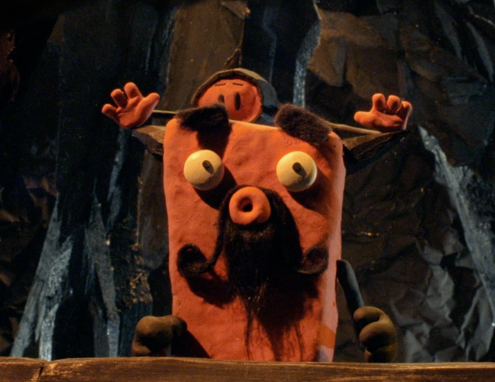 Bristol-based animation studio Wonky Films (primarily known for their animated version of Why Did The Chicken Cross the Road) and director Maria Lee present their new stop-motion film The Nether Regions.

Wielding untold power at the helm of a vast and mighty realm may sound glamorous but no one tells you about the sleepless nights and the unrelenting stress, but that's what the Devil must deal with on an eternal basis. Even in Hell, there's no escape from bureaucracy but occasionally he does manage to slip away. With the most magical healing hands in all the nine circles of Hell and a sympathetic ear, it is Sven's Massage Parlour to which the Devil makes his first port of call.

The script (written by Lesley Farrow) cleverly transposes the financial crisis into the terrain of a Mephistopheles, who seems equally helpless and powerful at the same time.

Try your devilish skills with the accompanying Nether Regions app