'White Plastic Sky' (Müanyag égbolt) is the premier animation feature by  Tibor Bánóczki and Sarolta Szabó (collective: Domestic Infelicity). The Hungarian duo has presented a number of successful animation shorts, including The Conquerants (2011) and 'Leftover' (2014).

In a future without animals and plants where the laws of human survival are cruel, a young man wants to save his wife and is forced to break the rules he served before - Film Synopsis

The 2D/3D animation feature was last pitched at Cartoon Movie 2021. It had entered Zippy Frames' top picks. This is what we wrote back then:

Tibor Bánóczki & Sarolta Szabó (The Conquerors, Leftover, Milkteeth) are not afraid to twist their narrative to suit their personal, but highly communicable persona style. In the futuristic White Plastic Sky project, environmentalism meets oppression; humans become the only human species who can save (albeit with self-sacrifice) a starved land and earth, by implanting seeds into their bodies and being transformed into trees and nutrient material. A love story in the midst of a dystopian environment, the rotoscoped/3D film project is as mesmerizing as its storyline, and its barren backgrounds and landscapes situate the project in a non-generic, humanistic story of the near future

This is not the only animation feature competing at Berlinale. The new film by Makoto Shinkai (Your Name), 'Suzume,' is on the list of official competition films to win Berlin's Golden Bear.

In the Encounters Section, three prizes are awarded: Best Film, Special Jury Award, and Best Director. 'White Plastic Sky' is one of the 16 features (fiction, documentary) which compete for this year's awards.

Some stills from 'White Plastic Sky' describe adequately the hypnotic mood of the film itself: 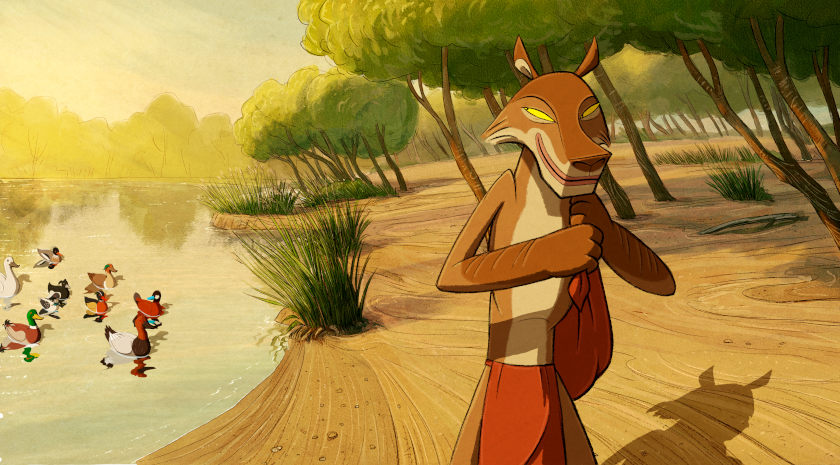