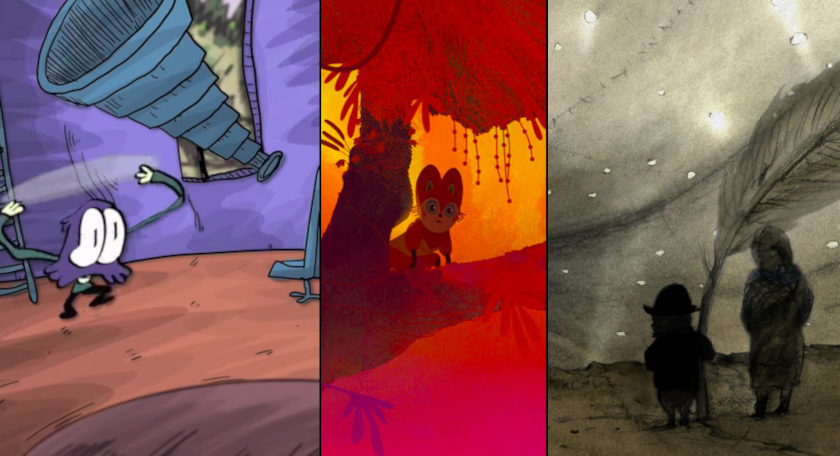 The selection for this year's Ottawa International Animation Festival seems as precisely geographically balanced as ever.  2 animation features from Europe (The Island, Unicorn Wars), one feature from Latin America (Perlimps), two features from Asia (Dozens of Norths, Silver Bird and Rainbow Fish), one from North America (Barber Westchester) and one from Africa (the Algerian feature The Well of Oblivion).

North is everywhere solitary / Here is all North / This is a record of the people I met in these Norths / However, my memory is fragmented and does not get the point at all.

Down in a dark well, an amnesiac little boy called Adi regains consciousness. Accompanied by two strange creatures, he tries to get his memory back and realises that his quest is more complicated than it seems.

Two secret agents from enemy kingdoms, Claé and Bruô, must overcome their differences and combine forces to face the dangerous Giants and save the Perlimps from the Green Slime that threatens to swamp the forest.

Through interviews with his father and his grandfather, Lei Lei looks back at a tragic family past marked by the Chinese Cultural Revolution and its ensuing violence

Discover a musical fable on the Robinson Crusoe myth: The Little Prince meets Monty Python. Robinson is a doctor and his solitude is voluntary in an island invaded by migrants, NGOs and guards. He saves Friday, a castaway, the only survivor of his illegal refugee boat.

During his journey on the island, Robinson encounters extraordinary beings and events. He will confront current affairs through visual poetry and symbolism in a world where everybody looks for its own paradise.

Unicorn Wars (dir. Alberto Váquez, Spain, France)
An army of bear cubs is training and indoctrinating young recruits for the war against the unicorns, which threatens the safety of the cubs. Brothers Bluet and Tubby, along with a group of inexperienced recruits, are sent on a dangerous mission to save the Magic Forest, where the unicorns live, and start a terrible battle.

This year’s Features category films will compete for the Grand Prize for Feature Animation, which is decided by Features Jury members Pilar Newton-Katz, Marc Bertrand, and Hugo Covarrubias. 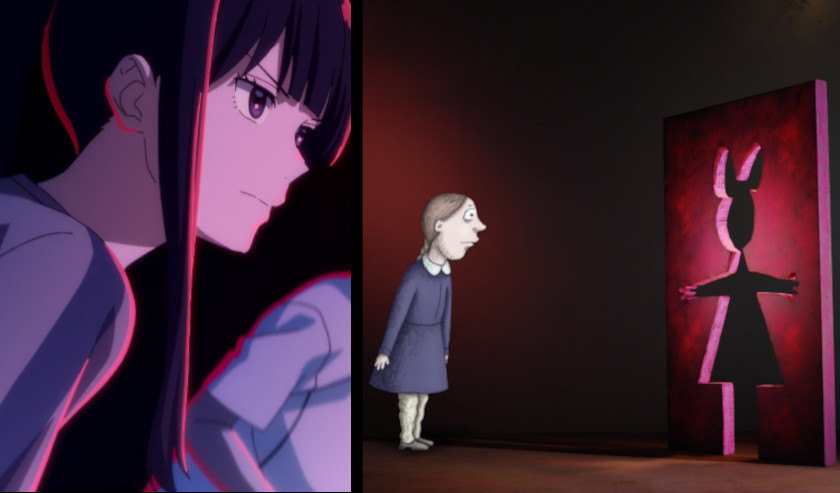