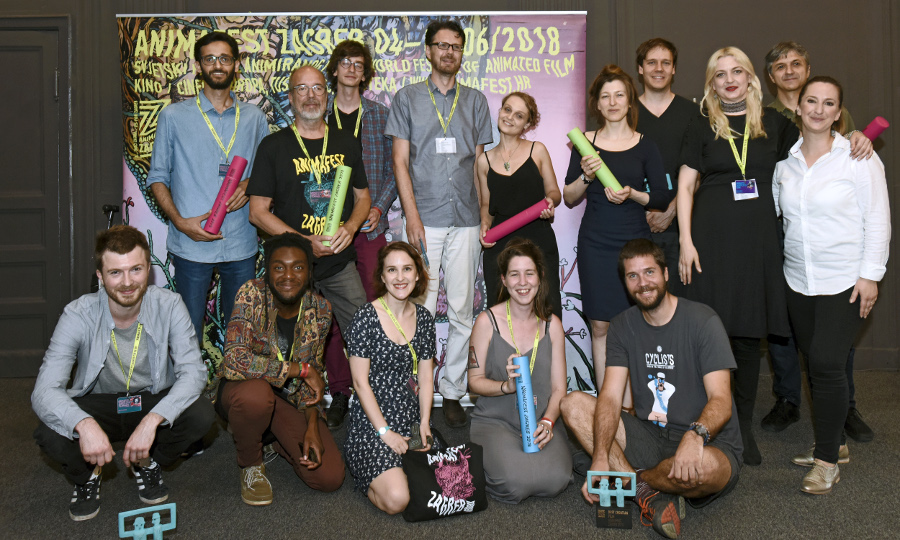 Six days devoted to animation took place during the the 28th Animafest Zagreb, with over 400 films in the programme and numerous side events, the time has come to present the awards to the best films and authors.

Grand Competition – Short Film jury, consisting of Jeanette Bonds, Sanja Borčić, Piotr Dumała, Robert Morgan and Pedro Rivero decided to give the Grand Prix - Short Film to La Chute by Boris Labbé, produced by Sacrebleu Production in France. The award was given for a caleidoscopic film that unfolds across an epic painterly canvas and echoes medieval visions of the apocalypse to show us timeless and tragic vision of humanity.

The same jury awarded The Golden Zagreb Award for creativity and innovative artistic achievement to Nikita Diakur for his film Fest (Germany, self-produced) that brings fresh perspective, digital innovation and creative use of contemporary technology while referencing modern subcultures. Zlatko Grgić Award for the best first film made outside of an educational institution was awarded to German-Mexican work 32-Rbit by Victor Orozco Ramirez for the brave and impressive personal animated vision rooted in the contemporary social media landscape.

Each of the jury members also presented one special mention award. Jeanette Bonds gave the award to the Croatian film How Steel Was Tempered (produced by Kreativni sindikat) by Igor Grubić, praising its ability to illustrate multiple levels of relationships from personal, familial, historical and political standpoint in what is deceptively a simple narrative. 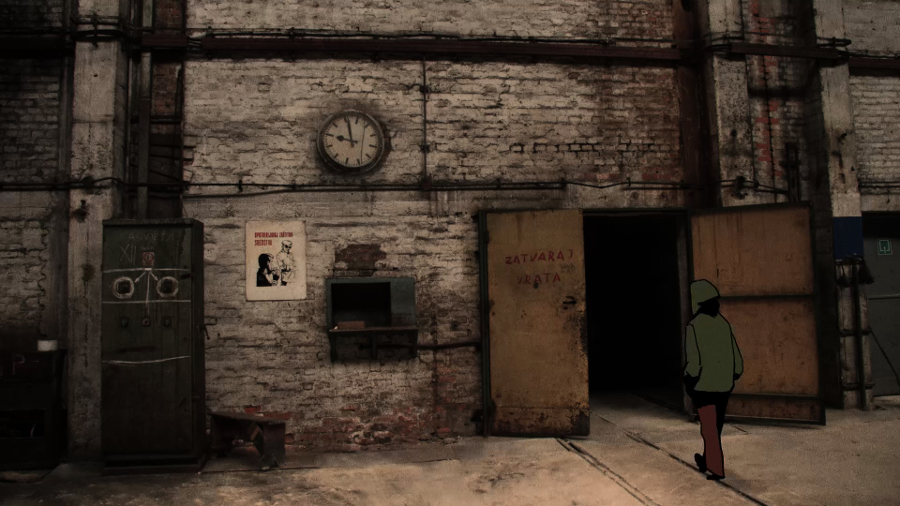 How Steel Was Tempered

Sanja Borčić was particularly impressed with the Polish film III (produced by Animoon) by Marta Pajek, because it says so much with so little and manages to express emotions in a strong and powerful way. It is a story of a toxic relationship being unable to break. Understanding and sympathizing, it draws us into itself – said Borčić.
Piotr Dumała singled out the Iranian film Mr. Deer by Mojtaba Mousavi because it is a film that takes part in the everyday circumstances of city life in which the human wildness creates breathtaking horror.

Robert Morgan, on the other hand, selected the Dutch-Belgian film Finity Calling by Jasper Kuipers for its amazing craftsmanship and its use of gestures and rituals to depict a nightmarish personal awakening. Lastly, Pedro Rivero presented his special mention award to Negative Space by Ru Kuwahata and Max Porter, French film produced by Ikki Films, for showing how a good joke can be a sad reflection about our weird family relationships and playing with a perfect combination of the cinematic tools of animation.

Jury gave them the award for a masterful exploration of a colonial history of their own country in a subtle, both humoristic and cruel way, as well as for amazing cinematography and creating both convincing and expressive character design. The same jury also awarded their special mention award to the Man-Woman Case (France) by Anaïs Caura for depicting a true historical subject whose issues strongly resonate in contemporary society, as well as for brave artistic approach which combines stylization and documentary values.

Student Film Competition and Croatian Film Competition jury consisting of Meghan Oretsky, Natko Stipaničev and Chi-Sui Wang decided to give Dušan Vukotić Award for the best student film to Facing It (UK) by Sam Gainsborough, made at NFTS.

We were immediately pulled into the wondrous world of our student film winner, which was built with an incredibly creative and unique visual technique. Each character's face was vibrantly expressive and emotive, and the story of social anxiety as a common obstacle for all people (especially artists) a comforting and sweet one.

The same jury also decided to award special mention to films Take Me Please (Hungary, Moholy-Nagy University of Art and Design Budapest) by Olivér Hegyi and Bless You! (Poland, The Polish National Film, Television and Theatre School in Lodz) by Paulina Ziółkowska.

Our special mention award for the Student Competition reminded us a bit of the old MTV show Beavis and Butthead. With a naïve visual technique and clever storytelling, Take Me Please bursts with youthful energy and was not a victim of any preconceived, cliché format or boundaries. We could tell that the animator followed his gut, and the tale of his main protagonist was likely similar to his own. We've all gotten lost in a French gas station bathroom. Outstanding visuals and a sense of humor are what made colorful Bless You! stand out to us. We can definitely see this student director going places, and we can't wait to see what she makes next.

The Grand Prix Award for Best Croatian Film is sexy and simple, but also says boatloads about what really motivates the entire human race at the end of the day. It was no small task for the director of this film to take on the story of one of Croatia's great artists, but the rest of the chances he took when making this piece paid off in a big way.

The special mention went to Jelena Oroz for Two for Two, produced by Bonobostudio. Award for Best Croatian Film is sponsored by Croatian Film Directors Guild.

Our jury was attracted to the atmosphere and strong sound design of this animation. All elements of this piece were delicate yet clearly defined and ultimately came together for a sensitive and elegant experience.

Vimeo Staff Pick Award to Rachel Gutgarts for A Love Letter to the One I Made Up (Israel, Bezalel Academy) was given by Meghan Oretsky. Winners of the Films for Children Competition were selected by the jury consisting of Izak Cunjac, Mia Duić, Linda Lisičak, Petra Fištrić and Oskar Hušman Domes, and the award for the Best film for children was awarded to the film Birdlime (Canada), by Evan DeRushie.

The jury also gave special mention to the American film Two Balloons by Mark C. Smith. Lastly, Mr. M - Short Film audience award went to Alice Guimarães and Mónica Santos for their film Between the Shadows, while the Mr. M - Feature Film audience award will travel to Patrick Imbert and Benjamin Renner in France for The Big Bad Fox and Other Tales. 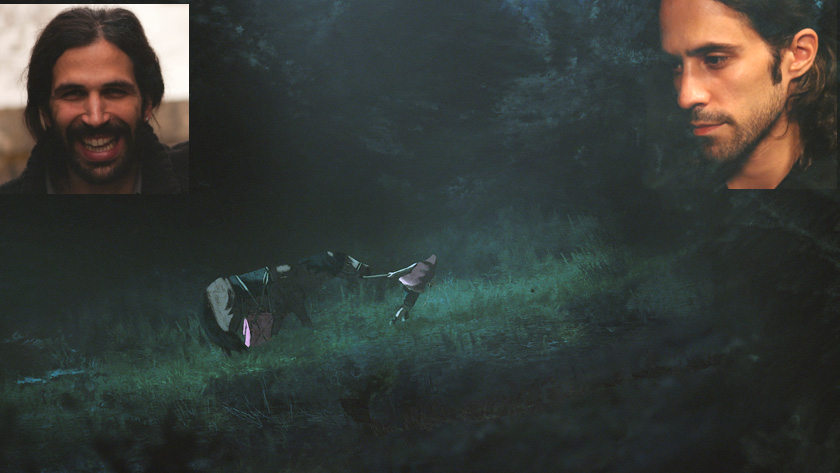