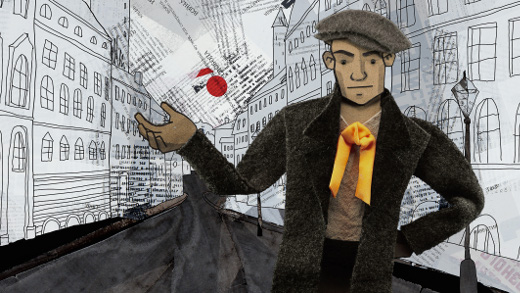 The tradition (and success) of Persepolis and Waltz with Bashir seems to be strong in new animation directors.

3 animation features in competition and 3 out-of-competition in the 2017 Annecy Festival programme deal with politics, explicitly or as part of a very rich life trajectory.
In the rotoscope (and seeminly daring) film Tehran Taboo by Ali Soozandeh (production: Little Dream Entertainment), the lives of three strong-willed women and a young musician cross paths in Tehran's schizophrenic society where sex, adultery, corruption, prostitution and drugs coexist with strict religious law. In this bustling modern metropolis, avoiding prohibition has become an everyday sport and breaking taboos can be a means of personal emancipation.

Ali Soozandeh was animator in the 2010 documentary The Green Wave. This is his first feature.

In the anime In this corner of the world by Sunao Katabuchi, young Suzu leaves Hiroshima in 1944 to get married and live with her husband's family in Kure, a military port town. The war makes their living conditions more and more difficult, but despite this fact, the young woman cultivates joy and a zest for life. But in 1945, the bombings put her courage to the test.

In this corner of the world 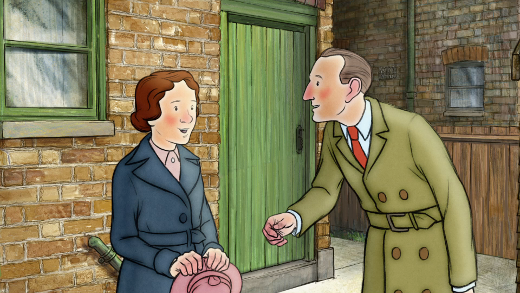 The out-of-competition, cut-out feature 1917 - The Real October by Katrin Rothe explores a highly interesting docudrama of artists during the  1917 October revolution. What were poets, thinkers and avant-gardists like Maxim Gorky and Kazimir Malevich doing during this drastic change of power? Five artists spring from the director's pile of books as animated cut-out figures.

With their own recorded voices, they participate in salons, committees, and street riots.

Anne Magnussen and Pawel Debski (Lumberjack), in a Norwegian / Polish / Lithuanian co-production, deal with the story of The Man who Knew 75 languages. A drama about a brilliant man and his lifelong love for Princess Elisabeth of Wied, who later became the Queen of Romania. Thwarted in love, Georg Sauerwein becomes a fighter for the right to speak and write in one's mother tongue. Due to this fight, Georg becomes the most vilified person in the German press. 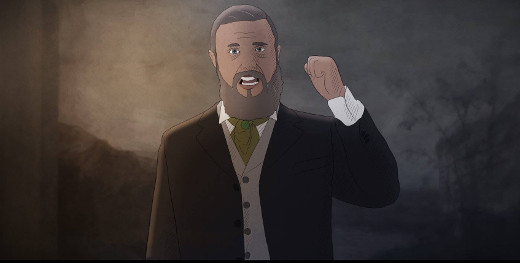 The Man Who Knew 75 Languages

The film makes for a historical, epic adventure in a troubled past.

in this corner of the world