The UK film by Sarina Nihei joined a host of other films awarded at the Hungarian fest. View all winners.

The Audience Award was given to Sarah Saidan's début film Beach Flags made with Folimage and Sacrableu Productions.

At Primanima this year the George Pal Prize for the most promising Hungarian talent went to Réka Bucsi, director of Symphony No. 42. Bucsi's graduate film from MOME Anim Budapest also collected the prize of Best Graduation Film.

Another student film from MOME Anim Budapest was given the Macskássy Gyula Prize for the most popular Hungarian animation.

Gábor Mariai's provocative Rascal Redemption was made in 4 days at a workshop tutored by the French animation director, Serge Elisade.

This year Primanima received more than 400 titles, from which 34 début films, 37 graduation titles and 23 student workshop films as well as 22 films for children were presented in the international competition programme of Primanima 2014.

AWARDS OF THE JURIES

George Pal Prize for the most promising Hungarian talent in animation
BUCSI Réka (Symphony No. 42) 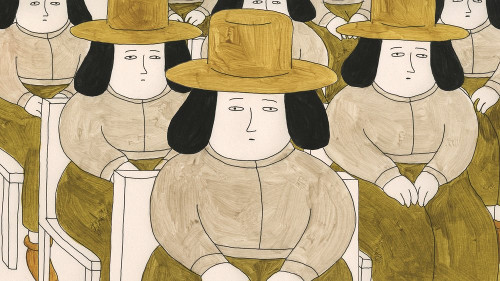