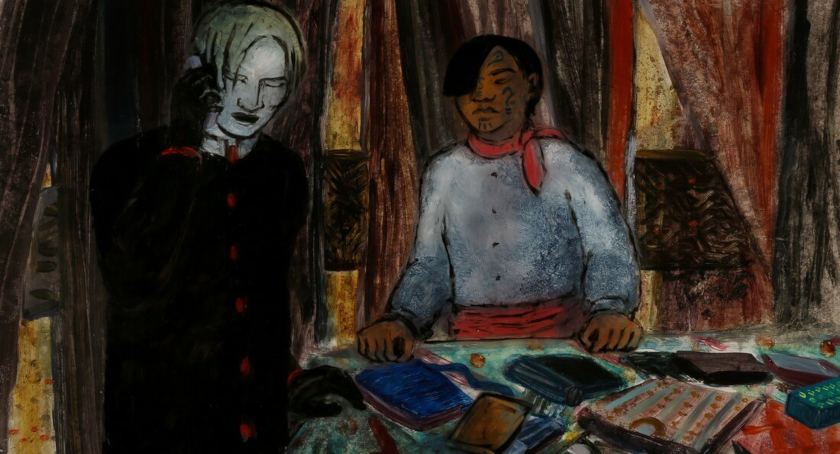 The Crossing by Florence Miailhe Awarded at Zlin Film Festival

Florence Miailhe's debut animation feature The Crossing was awarded at Zlin Film Festival with a Special Jury Prize in a Feature Films in the Youth Category.

The largest and the oldest film festival of its kind in the world, Zlin Film Festival, featured this year 280 films from 45 countries around the world. In the international competition of feature films for youth, the audience discovered the feature film 'The Crossing' by by Florence Miailhe,  which was made with the significant participation of Czech creators.

An animated feature film following the dramatic journey of two siblings, Kyona and her brother Adriel, who are running away, because they are being pursued by an unspecified Eastern European country. A story about the neverending effort to find a new home, where we can find a better life. An effort for which we are willing to risk our lives. On this journey of hope people overcome various perils and experience the most terrible of situations. They are fueled by the awareness of who they really are, what they are running from and what they are hopeful of. In the end an experience like that becomes a story worth telling again and again - Film Synopsis

The French director Florence Miailhe, in her feature debut, inspired by her grandmother's sketchbook, opted for a very ambitious technique of oil painting on glass. The Czech crew, headed by the animator Lucia Sunkova, made nearly 40% of all animations in the film in 18 months of shooting using this technique, which was created by director and painter Florence Miailhe.

It is the first full-length film to be made with this animation technique and we are pleased that the audience is taking a strong experience from the screening. We are all the more pleased with the Zlin Film Festival prize because the film has succeeded in the category dedicated to youth. Even though the story is sad but beautiful at the same time, the young visitors were able to find this power in the film and perceive it - Martin Vandas (MAUR film).

Here's a behind the scenes excerpt:

The world premiere of the film The Crossing took place at Annecy Festival 2021. The next festival stop will be the Haifa International Festival in Israel, Spanish festival in San Sebastian, followed by the Bucheon IFF in South Korea.