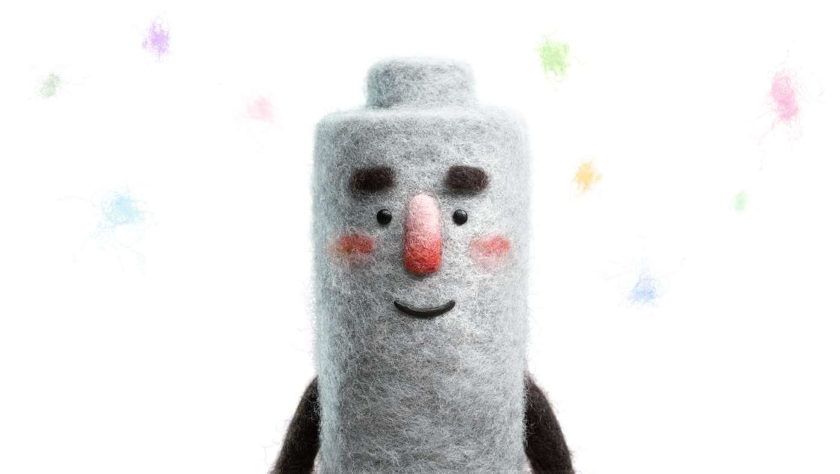 It quickly came out as childrens' favourite film, with festival appearances at Fantoche, Giffoni Film Festival, Stop Motion Montreal. The Korean stop-motion film 'Battery Daddy' by Seung-bae Jeon tells the story of Battery Dad, who works on children's toys, door locks, and remote controls. One day he goes on a trip to the valley with Dong-gu's family. Sudden heavy rain begins to fall while having a good time in the valley. 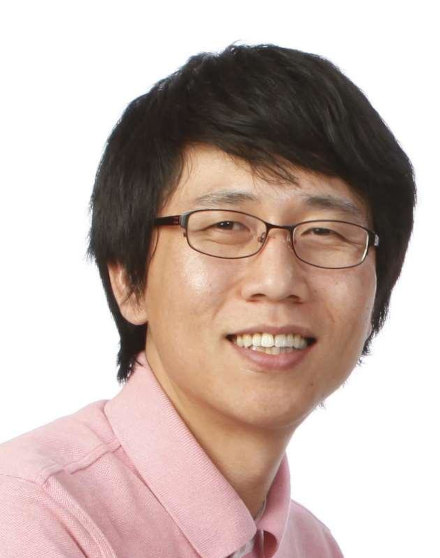 Seung-bae Jeon came up with the idea for the film as he was replacing his battery in one of his kid's toys. "As I watched my child having fun with the toy for a long time, I wondered if the battery inside the toy was the one raising my child. When I looked around myself with this new perspective, I noticed that there were batteries everywhere, helping us by powering our lights and sounds".

In his own words, "I wanted to tell a story about the energy that we exchange with each other". The concept of the battery daddy saving the family is the central and paramount issue in the film, but at the same time he has to retire for his family. "I don’t think it’s specific to Korean fathers," Jeon elaborates. "Dads all over the world give their all for their families. When I think of my own dad during my childhood, he worked really hard for his kids".

Watch the trailer for Battery Daddy:

His now becoming a father made him understand better what he himself had experienced as a kid. The stop-motion film took about one year to make, with puppets made of felt wool, like Jeon's previous animation short Saturday Apartment (more details on the film). His prior knowledge of the material undoubtedly helped the making of this film as well; also the aesthetic aspects of it played their own part.

"Felted wool has a sense of warmth, so I think it was fitting for this story as well" Seungbae Jeon explains. "I thought it would be especially effective in the scenes when Battery Daddy gets covered with the colors of his kids, and when their home is filled with floating pieces of wool".

Craftsmanship being present, still the film is set in many natural environments and situations that do require a special attention. The scene in the valley featured in the film was crafted in stop-motion to show the water flowing through the valley and the deluge of muddy water caused by the heavy downpour of rain; it took a long time for the director to figure out the best way to achieve this. "I considered using real water" Jeon will tell, " but then I got an idea from one of my children’s toys. I used a slime toy, which kids call a 'liquid monster'".

The rain effect was done using three different techniques in the film. To achieve the rain water on the characters themselves, the puppets were sprayed with a water bottle while filming. The rain falling on the surface was done with droplets made from hot glue and transparent beads. CGI was used from the rain falling from the sky; the whole effect makes the scene a real stand-out, and that is certainly imprinted in memory.

Seung-bae Jeon is part of Toyville Animation Studio, which specializes in stop-motion animation projects, both commercial and artistic. "I hear many people around me express concerns about the future of stop-motion animation," he tells Zippy Frames. "Digital techniques are advancing all the time, and the boundaries between different mediums are disappearing". Even though he respects each medium with its unique qualities, he focuses on what stories he can tell via stop-motion ('to create images that are truly set apart'). His own reply to the problem hinges on the notion of play, a vital activity in children development itself. "Kids generally approach stop-motion animation through play. They are fascinated and entertained by the ability to take different objects and create whatever movements they want". 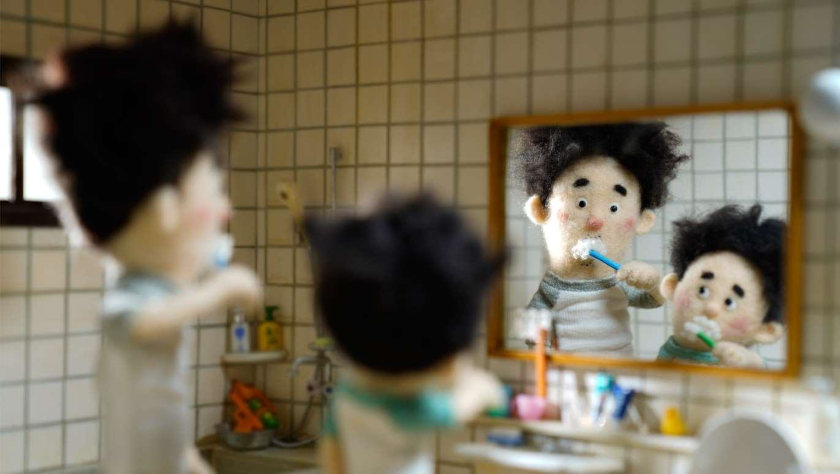 Which doesn't mean that adults cannot enjoy those stories either. The Korean animation director won't compartmentalize his stories into stories for children and stories for adults. "Instead of distinguishing between different audiences for stories, I try to make stories that can be enjoyed by everyone. Since I spend a lot of time around kids, there are certain kinds of ideas that naturally occur to me".

These ideas can actually flow from the moving image medium of animation to the world of the illustrated books. Both Saturday's Apartment and now Battery Daddy have been published as picture books, as task both new for their director and challenging. Yet it proved worthwhile. "Picture books can bring my work to a wider audience and extend the life span of the work" Jeon acknowledges. "I also believe this fusion can have a positive impact on both the short animation market and the picture book market".

This is a market that needs a delicate balance between artistic projects and more commissioned works. "I believe both kinds of work are part of an ongoing creative practice" it's the Korean director's reply. "Budgeting the time in your schedule is the most important thing".

The next thing in Jeon's schedule is Battery Mom, a new animation short now focusing on the mommy as well. Yet, as he says, his films want to be seen as stories about all parents who raise kids, whether they are fathers or mothers".

Battery Daddy has a warmth (and not just because of the felted wool) and an advocacy for family relationships which need to stand the test of adversity and its members find the right balance between work and family time. Its characters are ordinary but relatable, its environment is congenial but visually adventurous as well, and the dynamics of both families are conspicuously mapped out. Battery Daddy is an exchange of positive energy, as its director conceives it, and its recharging fuels the whole distinctive film.

About Seung-bae Jeon:
He was born in 1979 in Chung Nam, South Korea. In 2009, he graduated from Chung-Ang University of Advance Imaging Science, Multimedia & Film. He is working at Toyville Animation Studio as a Animation Director.

Good For You by Ilhyun Kim (Contemporary Korean Animation Series)