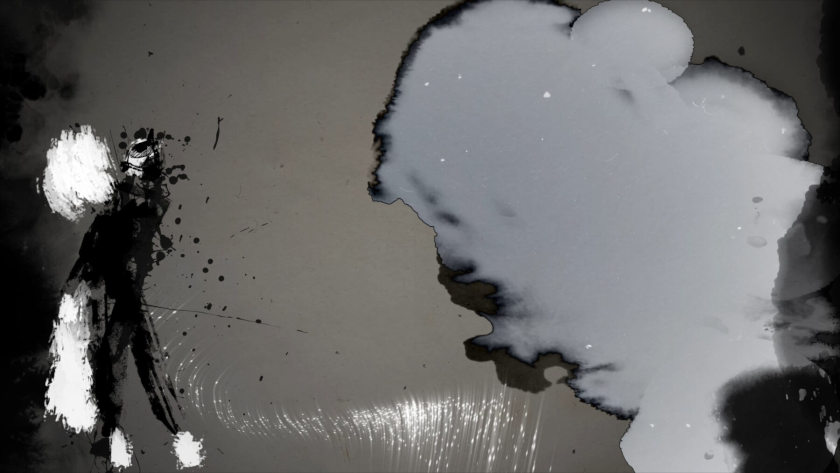 Good For You by Ilhyun Kim (Contemporary Korean Animation Series)

Cleansing your soul. An experimental animation film from Korea 'Good For You' by Korean animation director Ilhyun Kim. The director talks to Zippy Frames.

Good or Gut for you? 'Gut' in Korean is a communal art form that takes a host of interesting meanings, as the animation director of 'Good For You', Ilhyun Kim, tells Zippy Frames.

'Gut' means wishing for a desire, comforting the dead, dealing with sorrow, or sharing happiness", Ilhyun Kim explains. The 'gut' ritual occupies a big place in the Korean traditions, accompanying birthdays, weddings and other occasions, both happy and worrisome ones (illness etc.). Being a ritual for the masses -and set apart from art that the 'yangban' Korean aristocracy class enjoyed, it had its communal entertaining function, expressed in song and dance.

Whereas there are many forms of the gut ritual and the mudang (shaman) performing it, the ritual depicted in 'Good For You' is based on a 'cleansing gut', meant to remove back luck and bring good luck to the participants. 'It takes place in five stages. First, the people’s pain and sadness are removed and collected in one place. Second, the intangible thoughts collected in the first stage are given a tangible form. Third, the negative thoughts that were made tangible become purified. Fourth, the purified energy is returned to the people in the form of a bujeok, or charm. Fifth, the mudang takes in the leftover negative energy, which could not be purified, and then leaves'.

Watch the 'Good For You' trailer by Ilhyun Kim:

Ilhyun Kim compares the cleansing process to a cloth that soaks up filth to clean a dirty table. Props like bells and flags, knives and colorful costumes are used -however the ritual for the film is performed using the basic costume for a cleansing gut, white fabrics and white clothes.

But how personal was the film itself? 'Animators often collaborate with artists working in other fields' Ilhyun Kim states. 'I too had the opportunity to work together with performers of Korean dance and traditional Korean music. As I watched them work with the subject of the gut, I discovered something fascinating. I had thought of the gut as a religious practice, but to these performers it was another form of art and culture'.

Watching the dance performance led to a narrative expressed in the form of animation -and, in covid times, the need for healing seemed very appealing. ' Art and culture have suffered greatly due to Covid-19, and I also went through many hardships personally. The half-joking thought that “maybe we need a cleansing gut” may have been the seed from which this film began'.

Ilhyun Kim wanted to recreate the space of gut in his film, the so-called 'gut-pun'. 'Instead of trying to understand a cause-and-effect relationship or judge the situation through a rational lense, I wanted to show something that could be felt intuitively. But I don’t want the person watching the film to feel burdened by the need to understand everything. Instead of explanations and context, I used visual and auditory elements in an attempt to affect the viewer’s more primal emotions'.

So, he rotoscoped the movements of the mudang (the dancer); a Korean dance performer helped with the choreography, based on a cleansing gut and a Buddhist dance, and the dancer's performance was recorded on video.

'The individual frames from the video were printed. Then each frame became the basis of a drawing on traditional Korean rice paper done using an ink brush (made from the hair of a cow, weasel, pig, or sheep) and meok (a type of ink made from the soot of burnt wood). The drawings were then scanned and processed digitally', the director explains.

A combination of 2D hand-drawn and digital animation was used in the film. The changing background 'cloud' effects, and especially where the background appears to bleed was shot by dropping the meok onto wet rice paper. 'The rice paper doesn’t absorb water well, so the meok tends to bleed quickly. I also used the quality of the rice paper to film the brush strokes in parallel. The paper was attached to glass and the brush was touched to it while filming the opposite side of the paper'. 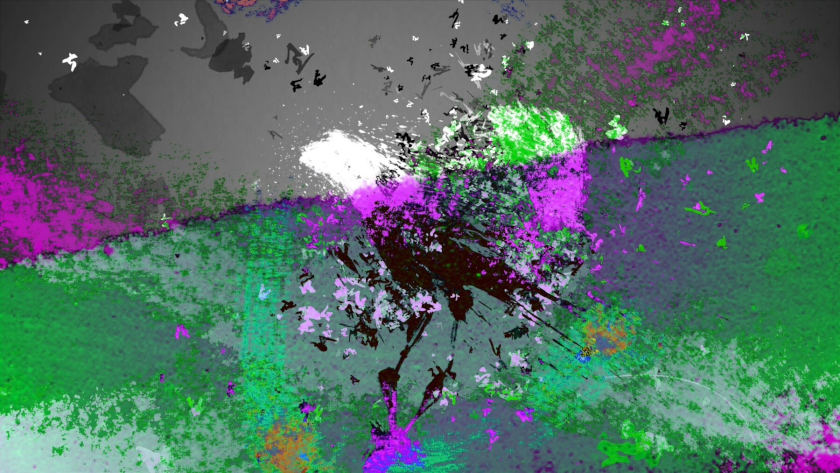 The parts where the meok would bleed, the choreography of the mudang, and the various text sources were all hand-drawn using the meok and brush' Ilhyun Kim explains. Element compositing was done digitally, and character animation was reprocessed with Photoshop. The effects were were composited with After Effects (using Cinema 4D's particle effects for particular character appearances/disappearances).

Music (by Changryeol Shin) played a crucial role in the film. After brainstorming meetings, music was composed first, and animation was based on music and choreography. 'Each step was completed at the discretion of the artist in charge of that step. The person in charge of the next step would receive the results from the previous step, and they had full control over how to interpret and expand upon it. If the director had tried to control everything in a conventional manner, it would have been difficult to bring out the fullness of each artist’s expertise in the film'.

Finding collaborators (composer, choreographer, animator) who were also versed in the art of the gut was really beneficial, and led this unusual directing method to have its fruits. Even the text that appears on the film itself were based on the actual cleansing gut procedure -even though Ilhyun Kim states that the English translation sometimes hides the multi-faceted meaning of the Korean key concepts, such as 'Soul' and 'God' (jeong-ryeong for spirit, gwi-shin for a ghost etc.).

Being an experienced filmmaker with an array of short films starting as early as 2009 ('880,000won'), how difficult this beautiful, but still non-narrative film to make was? 'My other animations usually began a firmly established plot, then the dialogue and narration would be added to it', he mentions. 'In the case of Good For You, it wasn’t easy to make a film without any established dialogue or storytelling at all. It was my first time to work without any scripts or storyboards, only a concept and abstract idea to guide the work'. During the year it took to make the film, I was constantly asking myself, “Is this the right way to do it?” It was also an opportunity for me to reconsider what defines the genre of animation. This film can be categorized as an animation as such, but I had the peculiar feeling that I might be working in an entirely different genre altogether'.

Ilhyun Kim did enjoy the process, though, after all, described in a very meticulous way. The film, which makes a pledge for happiness, is the one to be felt, and intuitively taken by its sheer visual and aural exuberance, mystery and, above all, good will. 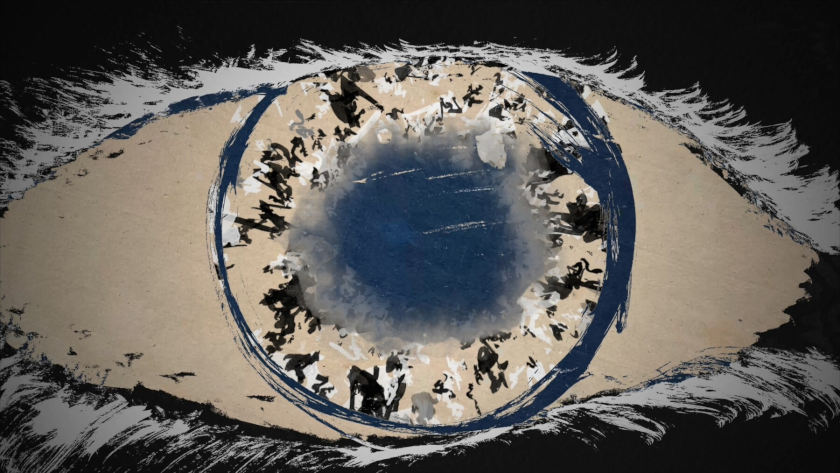