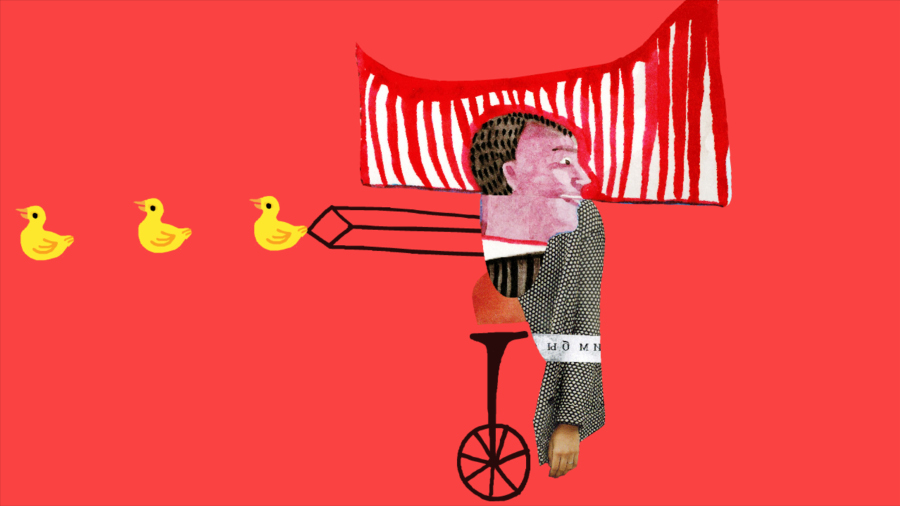 9 Ways to Draw A Person by Sasha Svirsky

Imagination should take a poetic leap forwards. Watch 9 Ways To Draw A Person by Sasha Svirsky.

Russian animation director Sasha Svirsky first wrote a poem, "9 Ways to Draw A Person". He then animated it into (self-described) nine frivolous short and unexpected stories that tell us, how a person can be depicted.

The result is the following (collage, drawn animation etc) hybrid yet totally irresistible animation short, 9 Ways To Draw A Person.

Svirsky will not prepare in advance storyboards, and will employ instead a Dadaistic mode of presentation. But this does not mean there's not a pattern to be discovered in 9 Ways To Draw A Person. On the contrary, active and passive modes of being a person alternate both in movements (persons hiding behind other persons) and narration (where the active voice makes way for the passive and vice versa).  Even though there is a flux of images on screen,  the result is never an anxious attempt to impress. Svirsky actually takes time (and can wait between frames) to digest visual information, and reflect on the possibilities of being (and not just drawing) a person.

The result is more than a playful experience; it actually presents the case for re-thinking (as potent animation usually does) about the 'indestructible' notion of persons in space -ingredients coming from the animal world (birds and fish, mostly) to art materials. Drawing is here re-creating; in 9 solid movements.

Sasha Svirsky was born in 1980. He graduated from Grekov Art College in Rostov-on-Don, Russia with a painter diploma. A self-taught animation in 2008 he began work also as an independent animation film director. During this time he has created more than 15 animation shorts. He develops his own artistic language by mixing media and continues to make graphics artworks, painting and collages. In his animation, he uses a method of an improvisation and challenges stereotypes.
He now lives in Moscow. Among his films: Tanzonk, Bokus Mang, Harvest, Ants’ songs, Chepurnas, Guest on a horse, Mirs Pirs, etc.