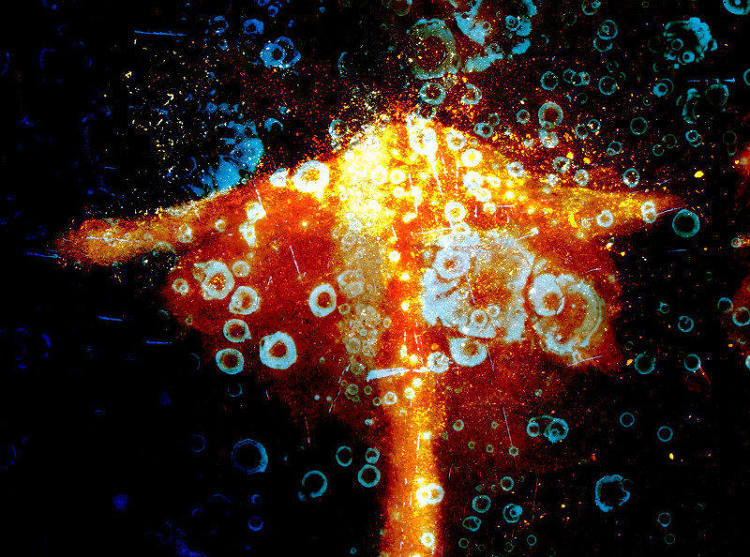 Urges in the undergrowth. Erupting fungal fantasies. Bursting botanicals... the dust and desires of a tiny alternative universe.  Imagining the sensations of attraction and pleasure in insects, and the seduction methods of the plants and fungi that beckon

This is the synopsis of both experiential and experimental animation Attraction by Royal College of Art graduate Emily Scaife, which experiments with color, texture, shape and sound. In the highly interpenetrating (both aurally and visually) film, Emily Scaife started with macro photography - projecting shapes and textures of the plants she captured on 35mm B&W film stock. She then colorised them via multiple exposures onto 16mm - sequencing the photos into moving rushes.

Soundwise, Ben Bell (Horus Records) worked along with Scaife to use her own SFX experiments (like a 'telephone mic' whose buzzing gets louder as you approach, like an insect getting closer to its target). Those recordings were fed to analog dubbing equipment machines to build rhythmic soundscapes - edited together with the visuals, before adding more Foleys on top to bring out specific movements and textures.

ZF: Why the title Attraction?

ES: Personally I feel great attraction to certain things: texture, nature, colour, macro photography, reggae music (which had an impact on film's soundtrack as well)… But I do find there’s this urge to always want to get closer and closer, almost ‘go inside’ the subject matter - if it were possible.

One day, when photographing a flower’s most intimate parts, I thought how thrilling it must be for an insect to climb right through to the delicious nectar /pollen. I wondered how an insect experiences attraction and pleasure: how would it feel to be inside a bee’s brain?

ZF: Why is important to you to enter this world of 'this tiny alternative universe'? Could you do the same with any other part of nature (big bears, lions, domestic animals). Or perhaps you need a more silent world?

ES: I felt drawn to insects, partly because their tiny size suits my passion for macro (I was often working on a 1-1 scale, which was exhilarating!). I also wanted to create a film that could be quite sensory/ tangible (eg. bright colours to spill out into a space, low frequencies /bass vibrations). And with the insect-world being so very different to ours, I felt an opportunity to really push these sensations. Currently I'm working with more tiny creatures (live performance of mating sea-slugs)... but yes maybe next time, I’d love to explore larger animals as well!

ZF: Recording a physical world with all its marvels sometimes has the danger of making the director simply an observant. What were the critical moments in the film when you said that here's my concept to follow, regardless of what I have already recorded with my camera?

ES: For me, the most interesting kinds of art are where the audience is brought to the brink of - but not lost in - abstraction: So after each of the rushing / abstract sequences, I wanted to bring back more figurative imagery at key points to hold it together.

With the theme being so subjective, it’s impossible to really 'document' it as such, so never felt bound to it. Also, by recording the physical world in such macro, often capturing just shape and texture - these could then be used in infinite ways to conjure the ‘imagined’. 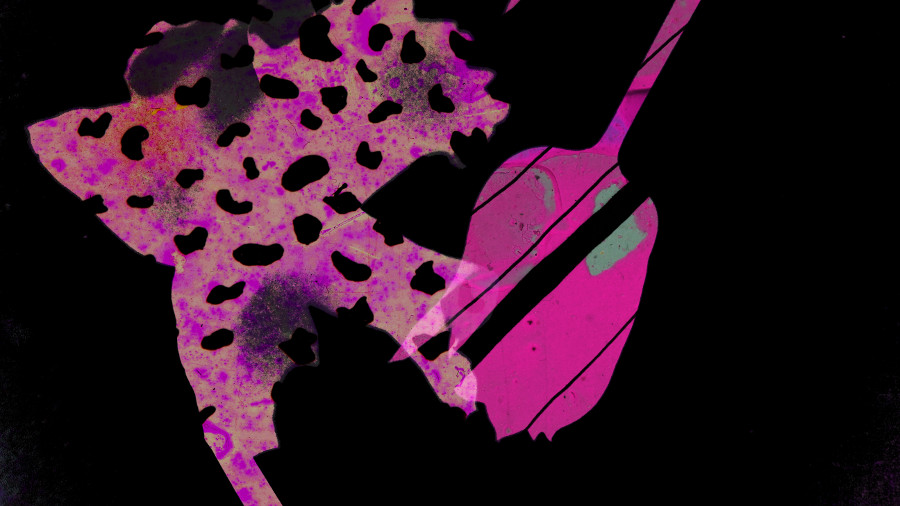