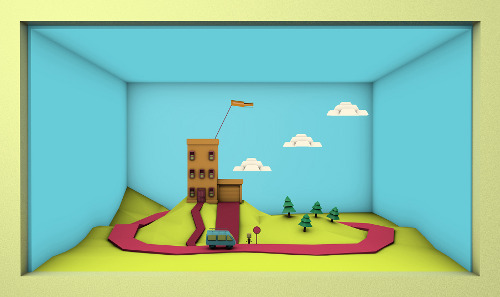 Brave Old New tells an everyday story of work, love and invention -and then tells it again.  It frames its characters in a way that whatever they do,  they cannot escape from the frame they are enclosed. But there is not a unique framing for all players.

The film has screened in a number of European animation fsetival, including London International Film Festival, FLIP and Dok Leipzig.Learn more about Adam Wells and his work