The Bystander by Sheyda Kashi

An old man is living with a window in front of his eyes. He sees a cold, black and white, and fragile world from behind the window. But the window was not always there. While the man was a young active participant in a big revolution...

'The film It's about human endeavors to joining to correlation circles' Sheyda Kashi tells Zippy Frames. 'Why do humans try to connect to circles and what will happen to them when thrown out of the circle? They find a luciferous truth when they join these circles (like the big light in his dream in the animation). But they lose that again when the circle destroys and it's the reason for the effort and need to join a circle again and again.... When he threw out of the circle, he cannot veritably join a circle again. He is conscious of the essence of the circle now. and it's an irreversible consciousness.


'The Bystander' is Inspired by Milan Kundera's 'The Book of Laughter and Forgetting'. Here Kundera talked about a photo of a circle in a newspaper; people were dancing on that circle during a big street demonstration. Then he wrote abouti it( When he was a member of the communist party ).

'Before reading this novel I was thinking about the bystanders around me' the director states. 'I was looking at our previous generation that make a big revolution in Iran, when you listen to their songs and read their text, you can understand that they were seeing a big truth and imaging a huge light at the end of the way. But in the end, they lose all they hope for, and became too alone and frustrated bystanders.'

The cut-out technique was used for the film ('they  let you add more details and senses to your character's face'). Character design artist Bita Aliabadi painted the characters and faces on Photoshop; animator Shahriar Beyranvand animated all of that at Anime Studio. 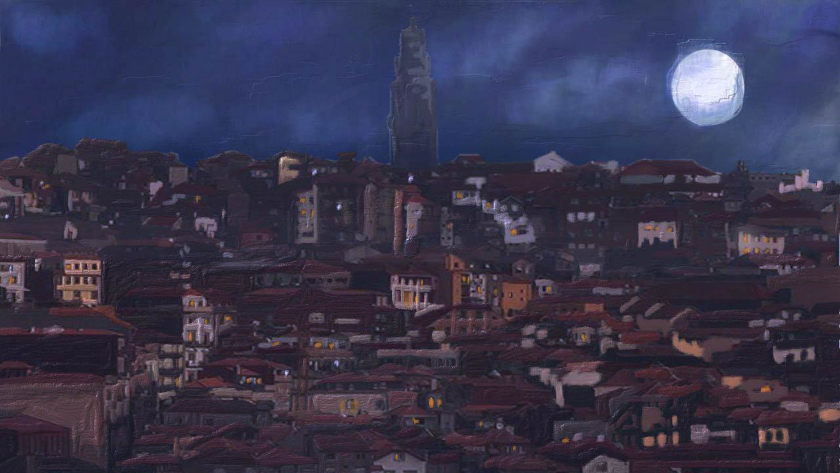