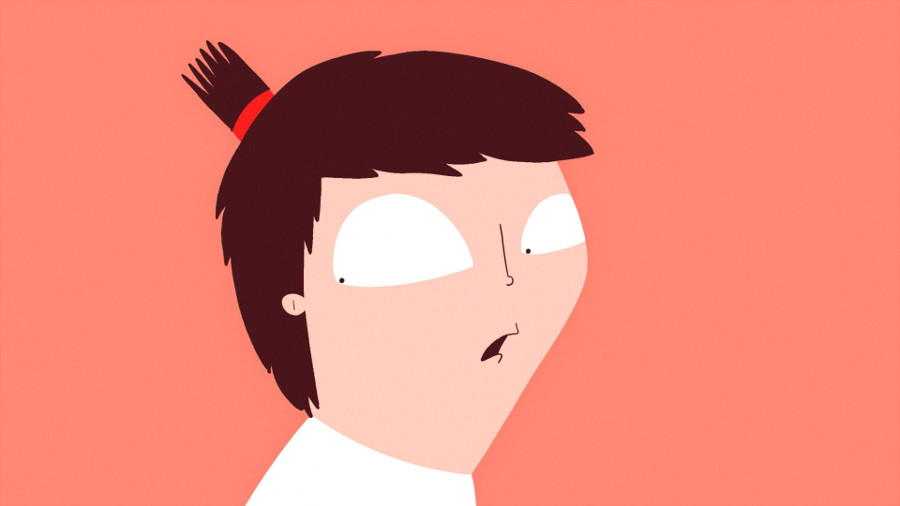 Having a pet is not the easiest thing in the world. But Britt Raes makes it easy-going and humane as well.

Catherine tells the bittersweet life story of a sweet young girl, who grows up to be a crazy old cat lady. Produced by Gent's Creative Conspiracy, the film is divided into three parts, according to the age of Catherine.

Each is animated by a single and different animator, whereas Britt Raes had the overall direction and background transition in place -and, of course, in charge of the script and color palette.

Catherine looks like a life travel into the world of belonging. Cats and all other pets are another name for the perennial question "Where is home?" - exemplified in graphic details when Kitty's face becomes a house entrance for Catherine to rest, grow and come out of it afterwards.

Using cleverly the script standard of a villain (here it is the impossible Wendy and her dog in 2 editions), it makes clear that the outside world won't be a perfect place for Catherine - and usually traffic is deadly.  The traditional notion of depth (going back and forth) here is associated with dire consequences, so the film settles instead for a flat (but perfectly eye-capturing) appearance. Animals, object background elements and people enlarge or diminish in front of our eyes, swirl, turn around, and make the notion of a space more engrossing than a 3D experience would have it here. Extreme close-up (Dwayne's bespectacled eyes) are more than welcome in a film that has its narrative and visual aims in order, and won't afraid to have a playful experience with topics we all have to deal with -one way or another.

Catherine works as a delicate parade-of-cats biopic with its heart in the right places, and a vivid longing (told in saturated colors), for simple and sincere understanding. 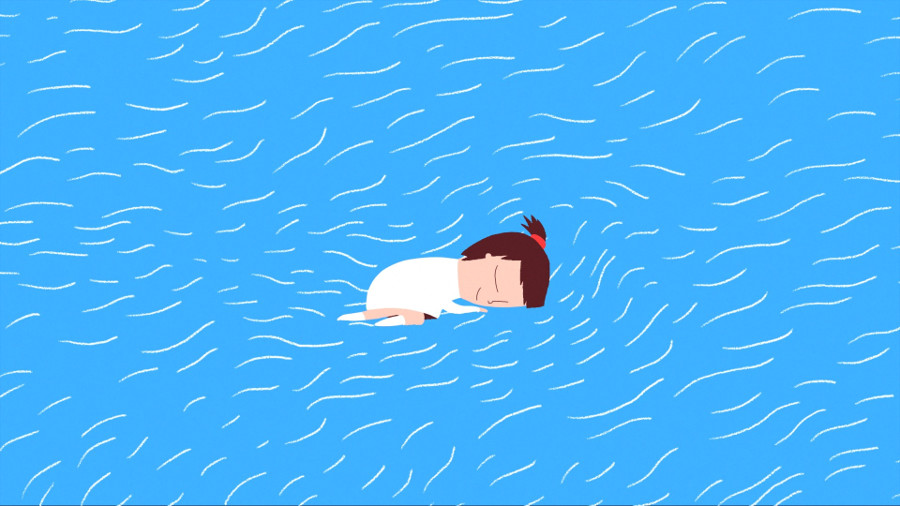 Britt Raes loves to draw and tell stories. Working in animation makes her happy every day! She likes chocolate, indie music, Totoro and riding her bike. If she is reincarnated, she hopes to come back as a cat called Fluffy. She is currently developing an animated series about pets and writing a children’s book.