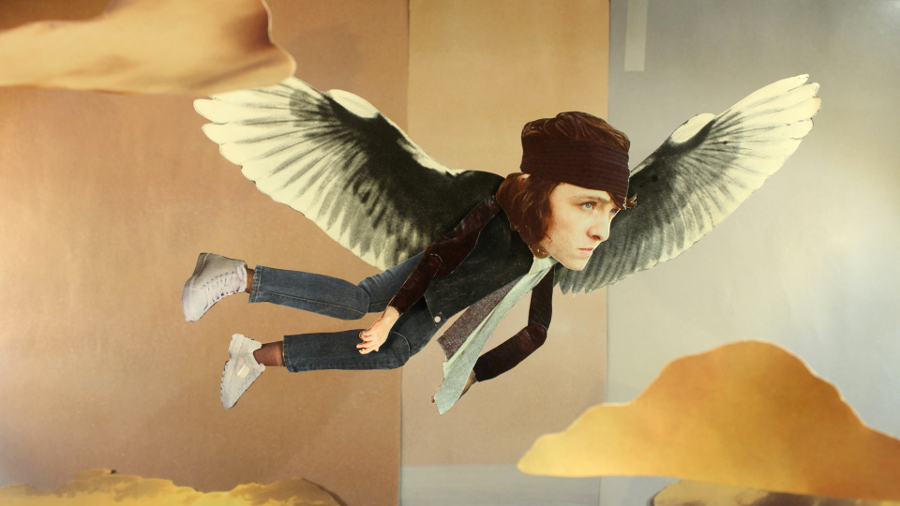 I wanted to take the song’s themes and create a metaphor exploring the animalistic instincts of lust and desire, predator and prey. It was a very playful, responsive process improvising around the found imagery and my interpretations of the lyrics - Joseph Wallace

Moving through unknown portals, you should always expect a surprise on the next stage. Or a couple of pelicans having some beer and scotch at least. The singer takes the form and the shape of different animals - following different stages of moving, and recites his personal tale of love and woe. It is a mystifying, abstract and sometimes not an easy story to tell, but always top-coated with a sweet taste of a kaleidoscope dizziness. Just like the stories of love and substances. Wallace gives this story flesh in a delirious and enchanting way.

Joseph Wallace is a BAFTA Cyrmu nominated animation and puppetry director. His short films have received acclaim and screened at festivals internationally as well as receiving Vimeo Staff Picks. Joseph has written and directed for theatre, created animated projections for stage and worked as a puppetry consultant and dramaturg. In 2015 he was made a BBC Performing Arts Fellow and in 2017 won the Visegrad Animation Forum. He attended the prestigious training course Animation Sans Frontières, is active as a writer and lecturer, and curated the film programme of the 2015 Bristol Festival of Puppetry.