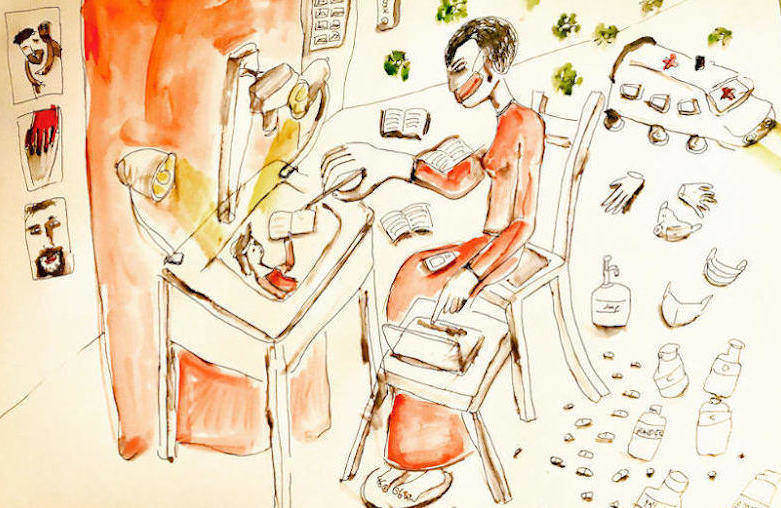 Cities of Ladies by Kim Noce: Tell Me Something That Is Important for You

City of Ladies by UK director Kim Noce is an immersive poetic animation documentary created through multi-disciplinary art practices to foster hope, change and promote self-development; through the exploration and recognition of personal views and ideologies.

Inspired by “The Book of the City of Ladies” by Christine de Pizan (1364 – c. 1430), the film has been created in two formats:: one in traditional flat screen and the other in 360 monoscopic. The film has a total of three versions. One flat screen version and two 360 versions. Each version captures a different stage of the process of thinking, making, watching and feeling the collection of voices, sharing their thoughts about today's world.

Pandemics happens roughly every century. The Black Death resulted in a shift in the world view of people in 1400 Italy and led to the Renaissance, allowing new individual voices to come to the forefront and a deeper social responsibility developing across Europe. The Spanish flu led to free health care. These changes started with self-discovery and the importance of individual voices being courageous in saying what they believed in, even if it was against the norm. To feel a new future.

Through this film I want people to feel and think new ideas, new ways, and tell me what it is truly important for them: this is the time for change!  I hope to hear from as many people possible in different language and gather a little snippet of the here and now - Kim Noce

Director Kim Noce asked for participation from a varied group to record a sentence, a single sentence, a reflection that is important for you, and you wish the world to hear - in their mother tongue,  to create a small compendium of today's dreams.

The premiere of  Cities of Ladies takes place online, along the premiere of  films by Sebastian Buerkner (Surge) and Daksha Patel (In the Same Breath) in the context of I'm Only Human commissions: