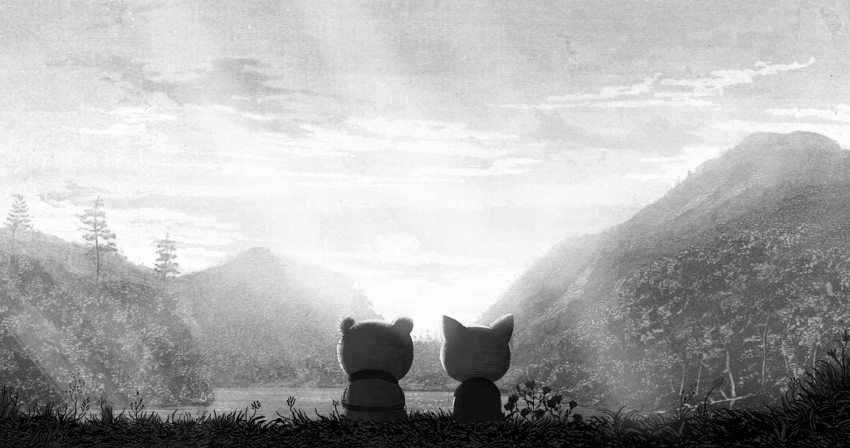 The world is a wonderful stage, but its characters are disgraceful. A short film by Spanish director Alberto Vázquez, who is also the co-director (along with Pedro Rivero) of the short film Birdboy  [watch it here] and the feature film Psiconautas (or Birdboy: The Forgotten Children)

Film Review (Vassilis Kroustallis):
Truman Show here meets Groundhog Day in a striking graphic style, and the sense of fatal urgency is always around in the ever-evolving Decorado by justly celebrated Alberto Vázquez. Actually, the narratives vignettes that constitute the work instead of being isolated, become more and more an ever-recurring dreamlike situation; the exit is always there, but never really tried. Social worries (unemployment, consumerism) now start becoming nightmares, and sex fantasies turn into post-modern slapstick. Decorado has the feel of an illustrated book ready to engulf you in its pages, made in a variety of angular shapes,  oval, well-intentioned human heads, and a lot of cemeteries. C'est la vie -or the Bergmanesque, Seventh Seal animated final dance of death -take your pick.