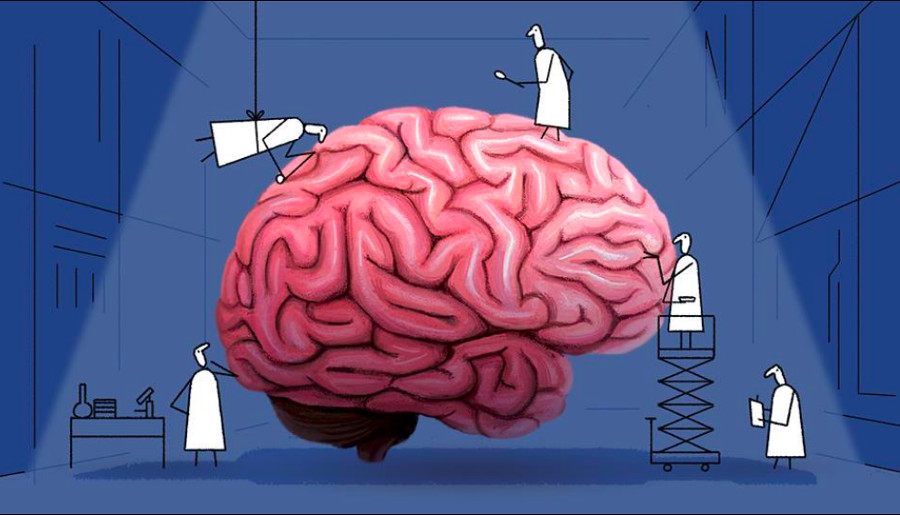 Deepness of the Fry by August “Poul” Niclasen

Deepness of the Fry is an absurd existential crisis disguised as a collage film. Living in a world where everything’s already been said, felt, and done before, can anyone truly be unique? And is thinking about this too much really a good idea? - Film Synopsis

What makes me special? What makes me unique? On the line of the animated films that surf on existential questions, Deepness of the Fry creates, with its robust collage of animated fragments, a very interesting animated work. I could not say whether the questions thrown at the viewer by this film are absurd because the thought about uniqueness is a constant question made by every single human for thousands of years. And it will probably outlive us. Whether we are original or unique is a necessary question in order to pass to the next level of self-discussion in any stage of life. DoF is an honest work made with one intention: spreading the interest for the Doubt.

After the massive reproduction of art pieces, the death of the AURA of the original was announced. But the question here is: is it dead? Is the art's AURA dead? Is our Aura as a combination of genes dead, just because we are copies of a mass culture? If our identity is created with pieces of cultural and personal references, what is the point in believing that we are “original people”?

J. Lacan taught us that if people discover that they are not unique they could get a psychotic breakdown because they are not prepared for that “truth”. For that reason the ego exists. We need the ego to be functional social individuals. It functions like a glue that covers all those pieces and gives us the image that we are somehow special. The rhythm and the simplified quality of the vignettes that illustrate this fun animation is outstanding. But the most interesting point of Deepness of the Fry is its conclusion: we shouldn't be alone with that feeling of crisis, the creation of human empathy is very necessary, even more in our convulsed times. Please we need more films like Deepness of the Fry that don't pretend - with cheesy stories and hyper-detailed characters - to make the audience face an uncomfortable mirror.