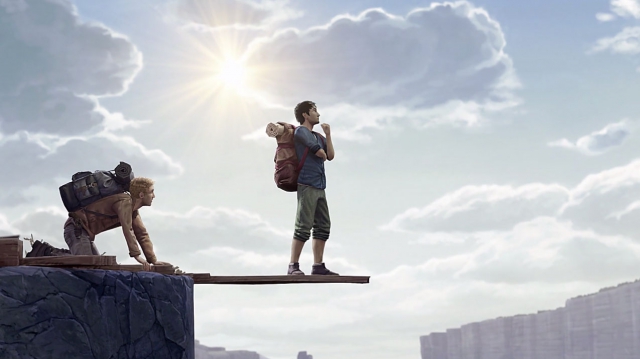 his the first animated short film produced and directed by Lightning Boy Studio, a young creative team based in Montreal. The film tells the story of two spirited travelers who come across an incredibly wide chasm on their journey and decide to build a bridge to cross it.

This jaw-dropping 3D computer animation short by Carl Beauchemin, Thomas Chrétien and David Forest is the result of a crowdfunding campaign back in August 2013, in which the 3 artists amassed the sum of $25 000.

Visceral to the core, what impresses in the film is not just its visual merits, which uses its 3D computer animation to successfully register bodily intensity and the heat of the moment.

Its narrative needs here special praise for its ability to employ a three-act structure (problem set-up, adventurous common path and personal dilemmas and resolution) for a life-and-death issue in just 10 minutes.

Watch the Journey Behind Le Gouffre: