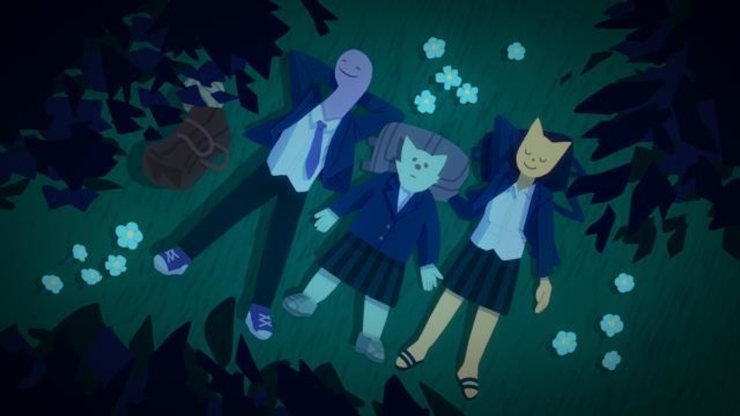 One night, Seolgi is lying on a grass field with friends. A shooting star falls, and dark and intrusive thoughts hits her. Her melancholy blooms into bright and colorful “flower people”, dancing around and making a wish of METEORITE to end the world - Film Synopsis

Three friends with the heads of animals are wearing student uniforms and lying in the forest. In the distance, a falling star streaks across the purple sky. One of the friends says, “A falling star is nothing special.” This film is an animated music video that explores the dark thoughts inspired by a falling star through a beautiful but grotesque imagination. Along with the statement made by the film’s character, flowers begin to bloom in the forest and a dark fantasy ensues. “A falling star is nothing special, but I’ll still make a wish upon it. I wish a big asteroid would fall instead.” These are the opening lyrics written by Sasha Lee, who single-handedly wrote, directed, and composed the music for this animated film.

How are our emotions formed? Why does the main character of the film wish for a falling asteroid instead of a falling star? In contrast to the beautiful flowers and dancing that fill the screen, the lyrics of the song are very gloomy. We can guess from the lyrics that the character, who looks like a high school student, saw the falling star and thought about death. Friends from high school will lose touch with each other, just like friends from middle school. Nothing will go your way, and even the vending machine is against you, giving you the wrong drink. There’s nothing left to do but rot at home and binge-watch YouTube videos. The character lacks the courage to end their own life and wishes for an asteroid to fall and put everyone out of their misery.

What makes this film unique is the irony of the protagonist’s dark emotions—evident in the song lyrics—being presented through the bright and exuberant “flower people.” The urge for death is expressed by the intense dancing of the figures with flowers for faces. The dissonance between the lyrics and the visuals gives the film an ambivalent nature and also a peculiar sensibility. The streets and rooms are all filled with flowers, as if being infected by the main character’s emotions. The cinematic tension is heightened by the feverish dance and the growing crowd of flower-headed people, followed by an image that recalls fragments of a film reel as the holes along the film transform into flowers. As if to tell us that everything we saw was a figment of someone’s imagination, the fantastic scene vanishes and the film returns to the three friends lying in the forest. They simply get up, dust themselves off, and then leave thewoods as if nothing had happened. But when they leave, there is still the purple sky where the falling star had been.

Sasha Lee is a member of Studio Sleeper, a creative duo made up of herself and another female creator. Perhaps in an effort to escape from—or demolish—the dark reality of the world, Lee draws upon everything she has to show us her original yet grotesque imagination.

About Sasha Lee
Sasha Lee is an animator based in Seoul, South Korea., and graduated (2020) from RISD of Film/Animation/Video. Under the name Studio Sleeper, she directs and animates short films that explore the connection between humans, using dramatic motion and vibrant colors. During her free time, she writes idiosyncratic songs which make her happy. 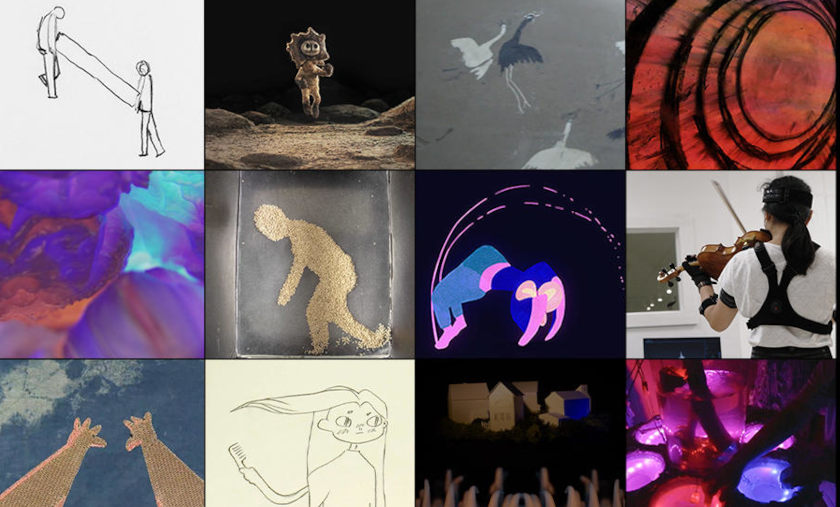