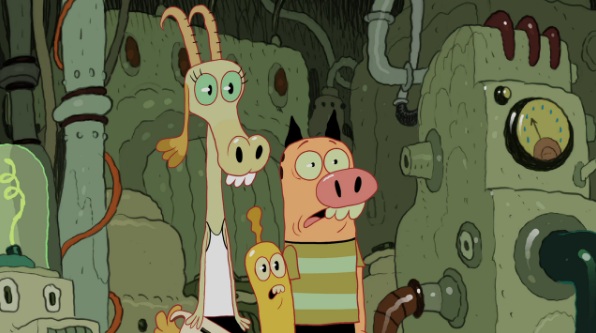 Nick Cross is known for his The Waif of Persephone, Pig Farmer, and other short films that exchange bleakness with visual beauty. PigGoatBananaMantis is a mini-pilot he has worked with Dave Cooper and Johnny Ryan for a proposed TV series.

Four characters live in a cement treehouse, and their different personalities clash but never make them fall apart.

PigGoatBananaMantis surely defies the laws of gravity and political correctness.