Projection On Sofa by Violette Delvoye 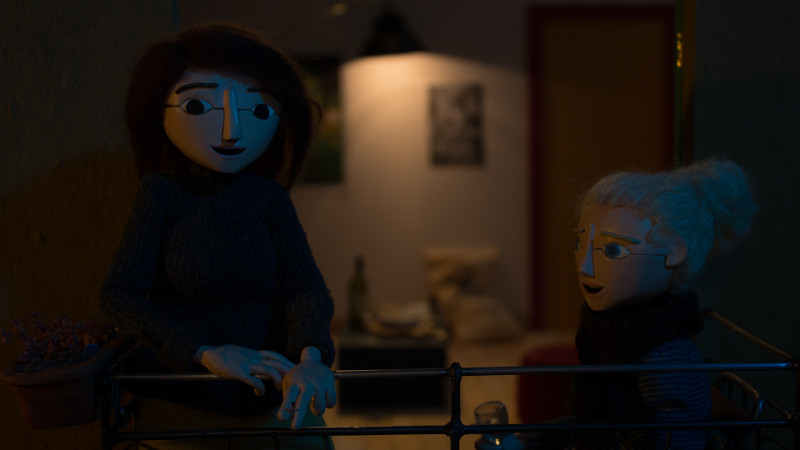 Movie night at home. At the end of the film, Lucie and Manu start a conversation about the idea of travelling. While smoking and drinking wine, they exchange their ideas, needs and expectations.

There is a certain play between the visual and the tactile in Delvoye's sensitive, 6-minute work - and it won't really stem just from the fact that it's a stop-motion film. It is the way the director chooses to highlight moments of fragility (replacement mouths have their seams too noticeable), moments of hanging out together (shawls worn, exploring a sweater sleeve). In contrast, every projection, from the opening credits (which show the ending credits of another film) to the beautiful and exotic scenery are a matter of contestation.

Relationships need to be less visualized than felt and tasted, and food and drink has its own share in Projection on Sofa. It invites a wholesome experience which sight alone cannot give. Add to this a smooth transition between dialogues and moments of silence, sincere voice-acting and suggestive cinematography, and you have an empathetic film that defies the need to travel to narrative /experimental heights to make itself relevant. 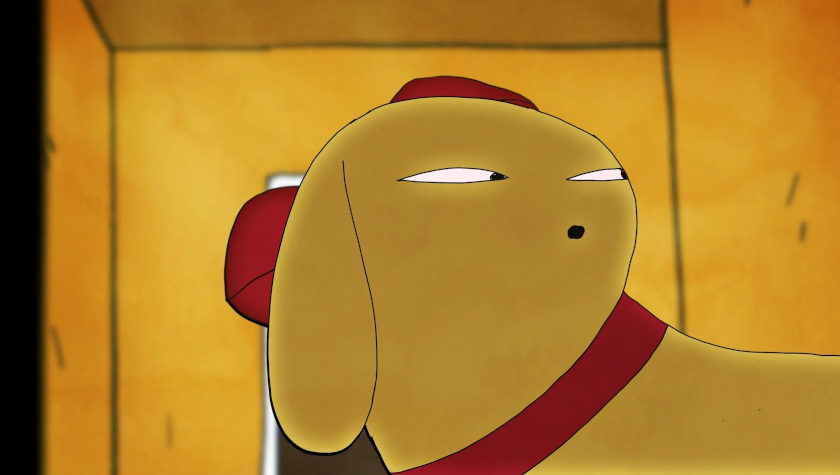