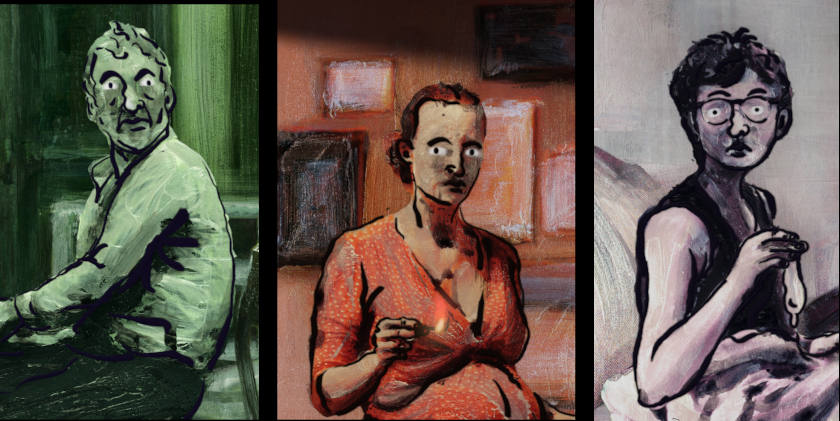 The Hangman At Home Short by Michelle and Uri Kranot: Trailer (Exclusive)

Here's the exclusive first trailer for the new animation short film, The Hangman At Home by Michelle and Uri Kranot.

What does the hangman think about when he comes home at night from work? This one-line phrase, in turn taken from from the 1922 poem of Carl Sandburg, is the premise for the animation short film The Hangman at Home by Michelle and Uri Kranot (Black Tape, Hollow Land, How Long, Not Long, Nothing Happens).

The film invites the viewer into five interwoven stories featuring people caught in a pivotal moment: they are fragile, playful, terrified, contemplative, confused, curious. Here their intimacy mirrors back to the viewers to test their own moral responsibility as they watch their home activities unfold -and knowing all the time about the hangman profession.

Michelle & Uri Kranot are no foreigners to films and artistic efforts which include the spectator as a player and a participant in their own work, and their films are strong testaments of the grey area that need to be unraveled between watching and acting. 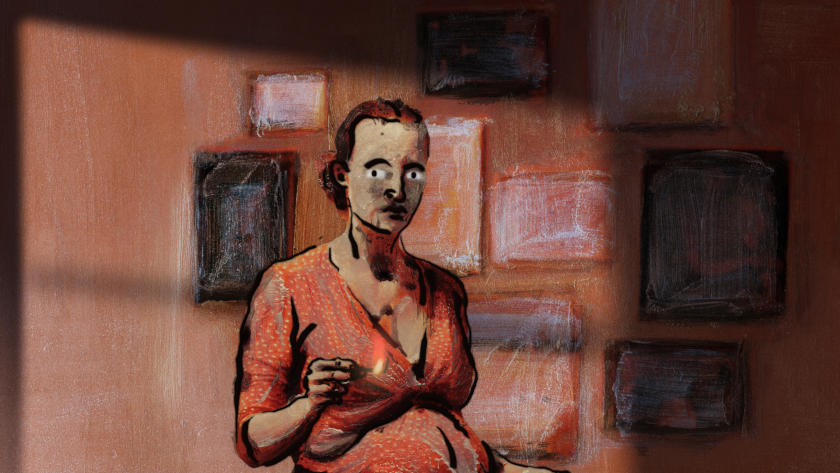 Produced by Late Love Production (Denmark), Miyu Productions (France), Floréal Films (France) and the National Film Board of Canada, The Hangman At Home is part of an umbrella, multi-media project which also involves an interactive VR Single-user immersive experience (premiered and awarded at the 2020 Venice Film Festival), as well as a mutli-user VR performance /Installation "We Are At Home".

The 2D animation short The Hangman at Home had its world premiere at the prestigious Krakow Film Festival (30/5 - 6/6/2021). 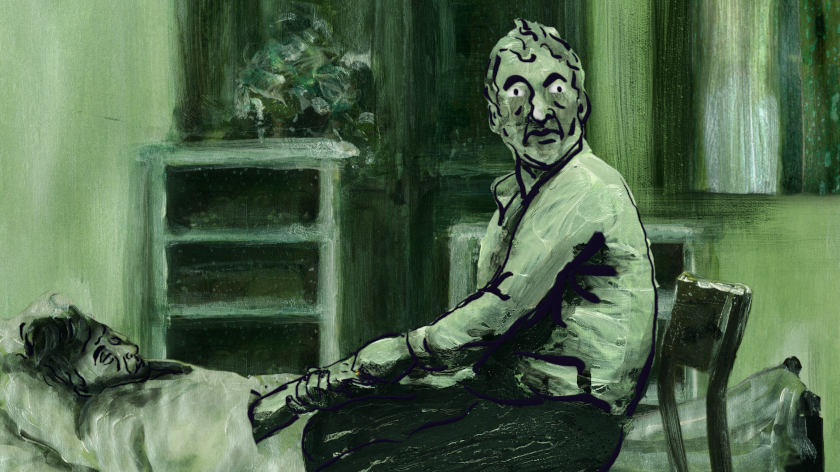 “The international premiere of the film is an important milestone for us. We are both happy and honoured that the Krakow Film Festival has selected our work as part of its prestigious competition program. This past year has been remarkable for us in many ways; the acute words of Carl Sandburg resonate chillingly, as the world we once knew is questioned. The film The Hangman at Home plays on the idea of watching lives unfold in fragmented vignettes, or frames of intimate spaces—for many of us, this compartmentalization has become a symbol of our time. We look forward to seeing how the film is received by audiences worldwide.”  – Michelle and Uri Kranot

Update 7 June 2021: The film won the International Short Film Competition at the Krakow Film Festival: For beautifully intertwining the stories of five apparently unrelated characters with Carl Sandburg’s poem (The Hangman at Home), to an almost apocalyptic conclusion. An animation with powerful detailed design, cinematography and sound, which provokes the audience’s shifting experience, and raises questions about social habits”

Watch The Hangman at Home Trailer:

The trailer is both suggestive and penetrative at the same time.

Talking earlier to Zippy Frames of both the short film and the VR project, Michelle & Uri Kranot explained that the whole film was painted with acrylic frame by frame, so all the characters are actually fully painted.

As opposed to Nothing Happens,we wanted to take the characters' look a step further, slightly more cartoonish and exaggerated. You can highlight the different attributes of the different characters; it's a film about intimacy and gesture, it really needed to have more tactility - Michelle & Uri Kranot 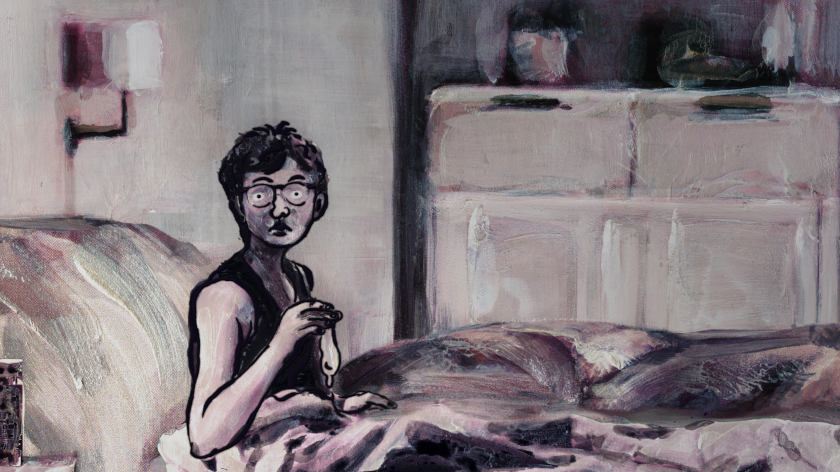 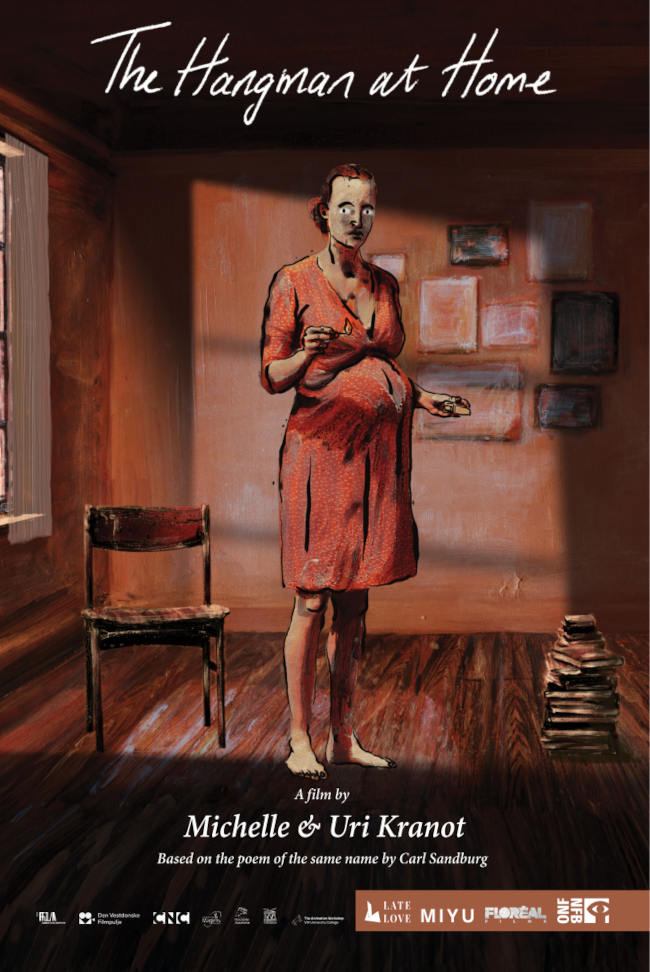