The Witch's Mask by Laura Nasir-Tamara

The Witch's Mask by Laura Nasir-Tamara 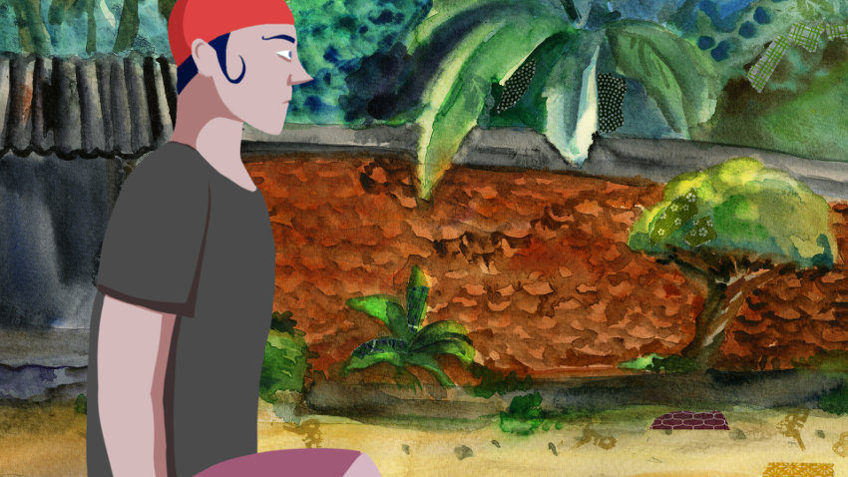 A young man goes back to see his dying mother. But what do you do when your mother is a murderous deity? UK-based, half-Indonesian director Laura Nasir-Tamara premieres an animation short, The Witch's Mask, full of color and drama.

Her graduation film from Royal College of Art, the film blends both Indonesian folk tales, and gets such diverse inspirations, from Jean Cocteau’s Orpheus to Pier Paolo Pasolini’s Oedipus Rex.

Being half-Indonesian, I grew up surrounded by Indonesian folklore and always wanted to make a piece that took inspiration from the richness of its culture and arts. Although I was raised in France, Indonesia is a country I visited many times from a young age, where half my family lives and its landscape, music and tales - mostly those from Java, South Sumatra and Bali - contributed to shape my imagination without a doubt. I don’t pretend to have made a film that represents Indonesia, but rather, my bi-cultural perception - borrowing from memories, sounds and tales and transposing it onto film - Laura Nasir-Tamara

ZF: What were your exact influences for the film?

LNT: The Witch’s Mask is rooted in more than one tale, though the main reference is the witch Rangda who represents the forces of evil in Balinese dance. Usually, she is seen fighting the lion-like creature Barong, an embodiment of positive forces, in a dance that has always fascinated me. During my research, I came across a version in which she was also mother to King Airlangga who later came back to defeat her. It made me think about what that King might have been like as a child and the moral dilemma of being the Witch’s son on a personal level : how to reconcile wanting to be loved by a parent whose actions are hurtful. In my film, there is no King, he has become Wayan, the main character who comes back to the village after many years, stuck between the roots of tradition and the independent life he is trying to live. 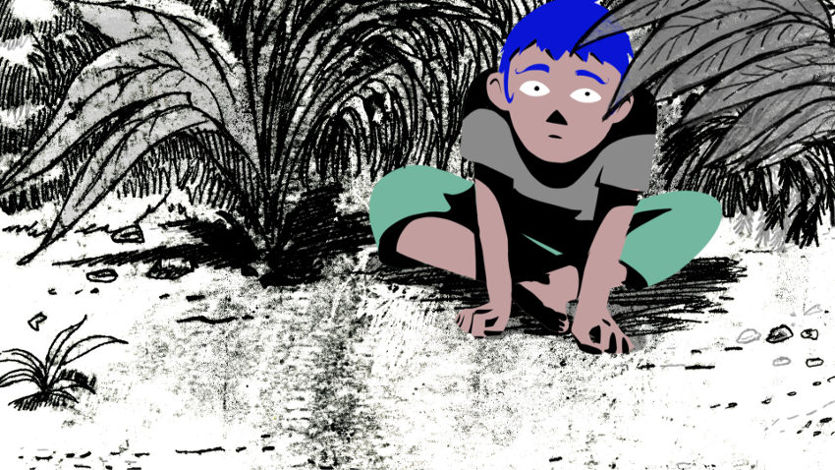 ZF: Yet, this is more than a folk tale treatment, but a powerful family drama as well.

LNT: I wanted to incorporate some modern elements as well and have the film in an in-between space - somewhat dreamlike, rooted in folklore yet with hints of modern life. I am very interested in modern renditions of mythology and drew inspiration from works such as Jean Cocteau’s Orpheus and Pasolini’s Oedipus Rex.
In terms of aesthetics, if you look closely, the hand-painted backgrounds have bits of tape, collage and home-made stamps that are a nod to Indonesia’s punk/DIY subculture but also reference traditional batik patterns.

This duality is present in the sound too, as the film opens on a pop-punk track by local band ‘Killed by Best Friend’ which contrasts with ritual scenes set to the music of gamelan orchestra Lila Cita. The character designs are loosely inspired by masks from Indonesian dance and puppet theatre. The eponymous Witch’s Mask is based on Rangda’s, whereas Wayan’s face borrows simplified design elements from wayang shadow puppetry such as the long nose and swirly hair. As for his outfit, he is dressed casually in a sarong and a t-shirt.

As I was mostly working by myself on the film, it was important that the designs were efficient so I could draw them quickly. In technical terms, it was a choice from the start to mix painted backgrounds - which I love doing - and 2D digital animation, which is a bit faster for me.

A third character in the film is the Volcano, rumbling and looming in the back, representing the overpowering force of nature. 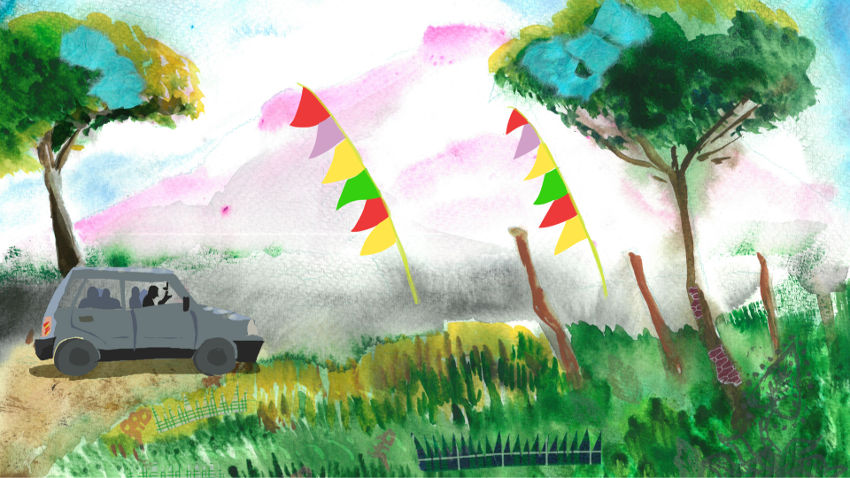 Its bright, pink tones are inspired by pictures of Mount Merapi in Java but also from fabrics I brought back, and the infamous and deadly Krakatoa volcano in Sumatra, which you can see from my grandmother’s house.

ZF: What about the colorful, ever-changing backgrounds?

LNT: The landscape is important and it is what triggers Wayan’s memories, changing as he abruptly recalls events that troubled him. Thus the colourful watercolours give way to stark black and white monoprint as we slip from present to a dream-like past.

The director hopes that the film will "open up a dialogue and makes the audience curious of the vastness of Indonesian culture". But the film is more than an anthropological curiosity. It is a powerful, coming-of-age story of a young man who needs to reconcile with his family past. Backgrounds here are not just informative, they are confrontational; the environment, the Volcano and the sea are the ones to bring forward what the character's own mother is too weak now to admit. Transitioning between the scenes like trying to confront a mystery well hidden, The Witch's Mask is a potent and highly effective dramatic film on cultural secrets haunting its human bearers.

Laura N-Tamara is a London-based, French-Indonesian animator/art director with a keen interest in painting, drawing and printmaking. She blends watercolour and monoprint with digital 2D animation, play with both traditional and digital techniques. Folktales, mythology and their modern renditions, such as Cocteau's Orpheus or Pasolini's Oedipus Rex, are a big source of inspiration to her.