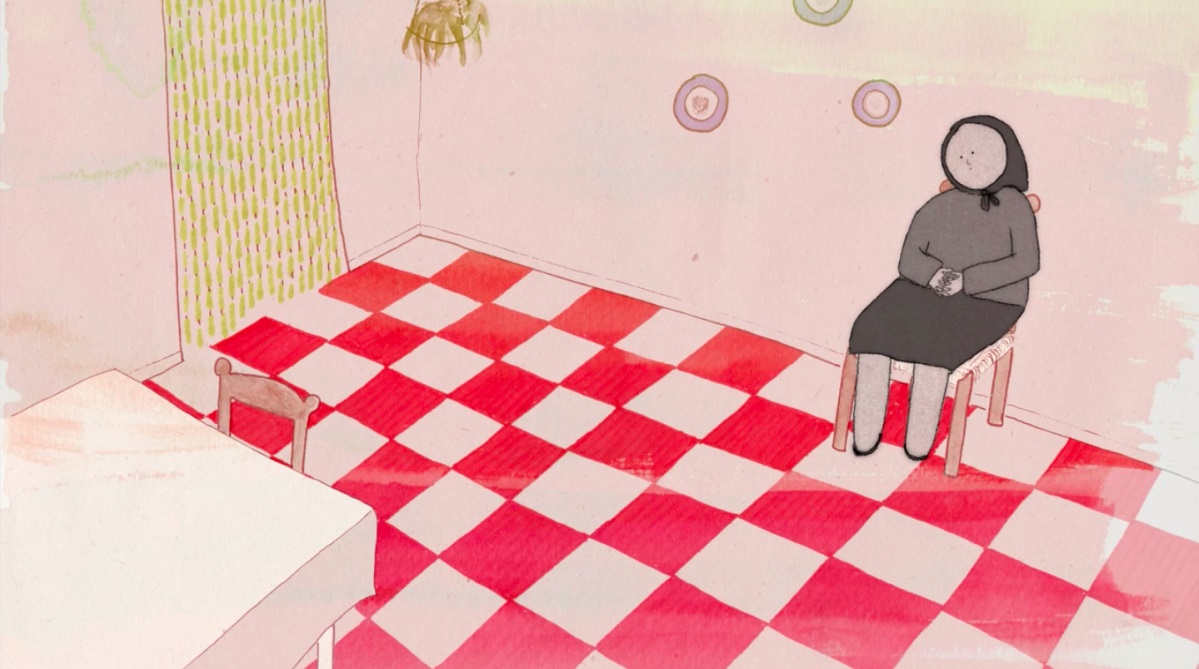 One of the best things of being pressed with time is that you have to rely on intuition a lot. Watch and read about the awarded film Three fitted flies by Elisa Morais and María Álvarez.

When Zippy Frames collaborators published their top films of 2016, Three Fitted Flies by Elisa Morais and María Álvarez aka Sois de Traca almost miraculously was found in the 9th position.

ZF reviewers described it then as “proof that surrealism can exist within animation" (Steven Woloshen) and closer to Priit Pärn films because of its " 'ugly" drawing style and the absurdity of the narration" (Paolo Polesello).

This is evident already in the summary: Scorching summer in the village, an old woman tries to bring her late husband back by means of twisted rituals.

This ambitious project started off when Elisa Morais and María Álvarez  were selected for a two-month Kaunas residency part of Creart (European Cities for Visual Art Creation), and Lithuania became the foster country for the Valladolid artists.

We wanted to capture a bit of a particular mood grounded on the small Castilian villages we knew from our childhood and couldn't put into words. We were particularly interested in mourning rituals and traditions that seem to turn death into an omnipresent daily companion. - Elisa Morais

To built the story we started from the silly idea of growing flies to different sizes so each will buzz a different note … and we kept on building with details, clues, recurrent themes (like food) and some Catholic guilt until the story made sense, to us at least.

The result is a spellbinding Mediterranean parable on guilty consciousness and Pavlovian ways to repel it, dressed in washed-out pink and purple tablecloths and floors which resemble checkerboards:

The intention was to make it look like a blinding and oppressive Spanish summer, the heat, the light. Characters had all to be dressed for mourning (in black) except for the old woman. Sound was key for the film. At dawn, the old town was quiet enough to mimic a little village, and the reverberation of birds in the patio was amazing.

The film has won 7 festival awards and has been screened in more than 50 festivals around the world.

Sois de Traca is the animation filmmakers collective formed by María Álvarez and Elisa Morais. I nfluenced by surrealism, absurdism and rhythmic structures they try to capture daily inconsistencies, glimpses of human nature and oneiric landscapes. Drawn to life's small details and to explore the fine line between drama and comedy, their visual world is heavily influenced by sound.

Almost There by Nelly Michenaud