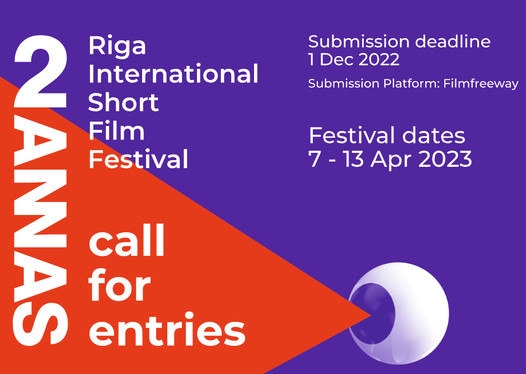 The festival seeks out and introduces the audience to innovative modes of audio-visual communication from all over the world. The goal of the festival is to popularize European and World cinema among the Latvian audience and explore the evolution and trends of Baltic film art from a global perspective.

The central theme of this year’s festival edition is „BODY AND FLESH”. The human body has historically been the subject of reflection within different philosophical traditions and in the context of various issues. At this year's festival we will focus on the body mentioned in the approach of the phenomenological tradition, where the established distinction between body (Körper) and flesh (Leib) explains and allows to combine both the understanding of the body as an externally observable thing and the understanding of the flesh as a subjectively experienced body. In the focus programs, we will try to look at the bodily boundaries of human body, as well as touch on such a topical topic today as the body and political power.

International Short Film Competition
Open to contributions by filmmakers of all age groups and nationalities, produced by professional individuals, international film schools, film studios, etc (under 30min). 2ANNAS ISFF is looking for films that break the technical and artistic boundaries of filmmaking, as well as talk about topical, provocative and often painful topics.

Baltic Short Film Competition
Presents the works by directors from Latvia, Estonia and Lithuania only