Anima Festival 2022 opened on February 25. That is, the next day after the ‘end of history’ had ended in its turn; and we were dragged back into the history-in-the-making, or in repeating itself, again, in tragic and ugly variety. I wasn’t coming to Brussels in person, and cannot testify to how that was perceived, reflected upon and lived through over there. Instead, I was to watch again virtually, online, in this sadly or blessingly familiar fashion of the time. But by then – different online spectacles came to demand all the attention; in fact, overwhelmed the entire field of view, exhausting, really, all the receptive resources. Besides, even from the distant shore, my home for 30 years, I could hardly dissociate myself completely from the old country (or now two, for that matter), and all the familiar places and people I used to know. To leave alone the eternal blinding questions of guilt and responsibility, if only assumed-‘collective’. 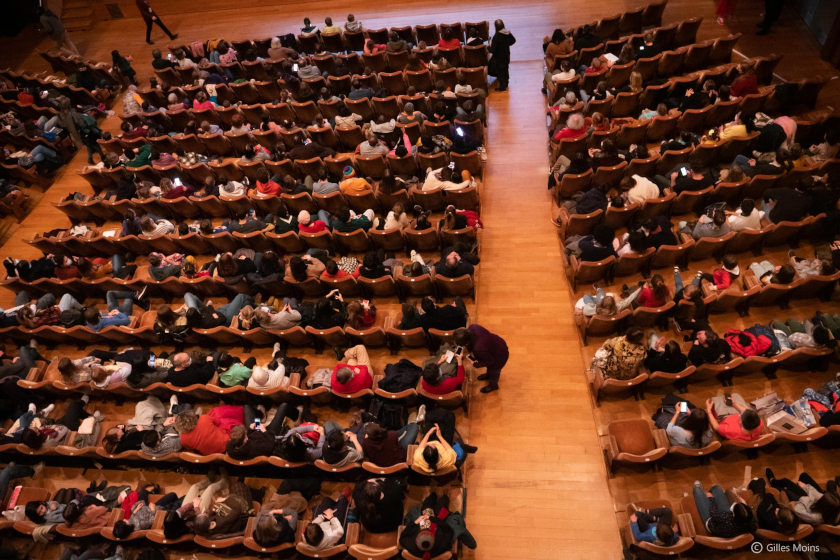 Few days into this time-out-of-joint terrain, a friend-colleague said in frank zoom-conversation: isn’t it somewhat decadent, if you will, to engage, as we do, in watching some animated films, here and now… Indeed. Nevertheless, we both had to switch exactly to what we do; and so then, we split, physically or virtually, to festivals on the agenda, however macabre this felt. Before that, however, we came up with a kind of helpful mantra: to focus on what might be or just seem really relevant to the moment and mood, in search of justification, if you will; or maybe even – thus checking the broader relevance of the artform we serve-and-observe, and its bits and pieces against larger, if not ultimate scale.

The optics have been changing inevitably and drastically. So, this might not be a regular ‘objective’ review with a proper attempt at sober-balanced judgement. Rather – a personal response to what had caught the troubled eye and conscience; what you'd manage just to cope with and not to feel trivializing the thrust of the moment.

In this light – out of this dead-zone darkness – here are my peaks: across the categories, and, as usual, largely skipping the already well known and covered on these pages. Still, out of those, surely, some would resonate anew. Like 'Steakhouse' – looks even more as an exploration of sheer violence, in its origins, primal nothingness, moreover that in fittingly ‘estranged’ form. Or, for certain, 'Bestia', with its anatomy of regime hellhound, strikes as importantly actual, in the presentiment of new Nurembergs (must confess, meanwhile, that earlier wasn’t the greatest fan of this piece, its puppetness looked somewhat foreign to me, too stiff-dead; now, however, in transformed optics – feels rather ghastly, dead-alive, as it were). Or, for that matter, 'Guard of Honor' – not just a fresh take on old-good social parabola in sharp drawing, but pointedly placed-timed reminder of the larger, if dubious, theme-context: social- political order behind the storyline, beyond the frame.

In a similar fashion, and in terms of specific genre-mode, in this year international competition rings a bell 'Loop' (Pablo Polledri, Spain, Argentina), a parabola of total control madness, both witty and weird in turns and twists; a bit too lighthearted, maybe, or just, to me in the present instant, too light-promising in the ending; but still a scary forewarning, if in humorous disguise: of totalitarian, in nature, uniformity, or vice versa.

In а different vein, here 'Absence' (Marc Héricher, France) scratches the eye – in fact, a deliberately flickering ‘presence-absence’ of the figure, or even in that a very phenomenon of homeless(ness), noticeable and unseen at the same time and by choice, with all the commotion around remaining as if a blind spot in society rear-view mirror; heavy-heartedly ugly picture in all. It’s markedly computerish in look and take, though flickering, again, between glossiness and rough texture; and in that, it seems, disavows the very reliability of the medium, in attempt at revealing/building-up a simulacra of our civilizational mode operandi – which, though, might be dubious in nature, goes both ways.

But what really in this selection came across to me and hit home was 'Airborne' (Jobczyk Andrzej, Poland) – disquietingly quaint, haunting piece on the WWII-era fighter plane-turned-pilot, or vice versa (supposedly, Japanese, to trust cursory flashing aircraft markings), in the mid-air dogfights at first, and then, downed, in weird and striking transformations: into the butterfly or beetle, through the entire cycle – caterpillar-pupa-imago – and back to human-machine symbiosis, to the fight and death… This fusion of anthropo-zoo-morphic and technotronic imagery, in semi-psychedelic design with a surrealistic touch (maybe somewhat akin to Polish film posters of the bygone decades), to me, comes to deeper exploration of militaristic tropes at large, and with that – of corresponding myth-coinage; or rather of meme-making, in the daze and haze of info-image-wars of the present day and era.

And in the international student pool, couldn’t pass by yet another – so sadly timely – reminder of yet different vanishing colonial power ressentiment spasm: 'The Seine's Tears / Les Larmes de la Seine' (Yanis Belaid, Eliott Benard, Nicolas Mayeur, Étienne Moulin, Hadrien Pinot and Lisa Vicente, France) on French-Algerians’ protests in Paris in 1961, squashed by police, with many allegedly thrown in the river. The puppet design and play might look a bit uneven and vulnerable, but even or exactly in that touching a raw nerve, building up an atmosphere, and the very screen space of (lost) memory you got drowned in, under the waves or deeper still. And in Animation Night collection, a humble catchy exercise 'Rubic's Cube / Rubikova kostka' (Krystsina Ramanava, Czechia): a guy tries to reassemble-adjust his face’s wrong layout, but then the world around gets scrambled – reminded me of the scariest toy I’ve ever seen, Rubik’s globe…

Now, on the lighter side, if slightly. In the music videos and commissioned films section, there came at the right moment a consolation of sorts, in 'Good and Better' / Beseder' by Gil  Alkabetz (Germany, on Israeli musician Tova Gertner’s song/performance). I first saw this piece at Stuttgart Festival last year, and have kept it in grateful memory since, as probably the deepest personal impression of the season. It’s based on the artist’s drawings, unique in nature-style (and rather widely known through generous postings in social media); I would’ve labeled them as philosophical caricatures of sorts; twisted or misconstrued figures in playing with and around the absurdity of reality and vice versa. And they are also as if pregnant with action, hiding convoluted, dormant gags inside. Alkabetz used to half-open those properties in one-second film exercises, at workshops (which I’ve heard about but never happened to see myself, alas); here he puts them at full throttle – brings to life, to move, to dance, to embrace each other and all the sad and trite, and mellow imperfections of this world of ours. Together with truly touching, beyond sentimentality, tune and lyrics, and voice, it gets to an amazingly half-saddened but heartwarming film, with an ambivalent aftertaste akin the notorious recipe in the old Jewish cuisine, reddish-in-honey – also a healing remedy, they say. 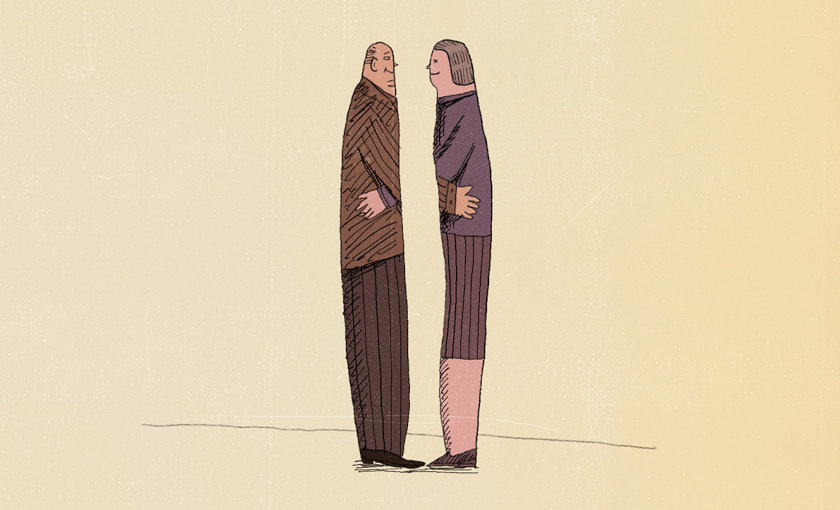 And then, yet another humble sketch here clicked a tone, 'Autumn Leaves' (Wojciech Ostrycharz, Poland, on the iconic tune), with a lightly melancholic routine of sweeping fallen leaves as a metaphor of going through life cycles. …As President Zelensky had shot at the end of the interview with Russian independent journalists, of all figures, just a couple of weeks into the war: Hey, guys, the parting was wild enough, surely, but who will be cleaning up the mess afterwards?.. I’m wondering if the animated tropes could or would help us all at least in that to whatever measure.