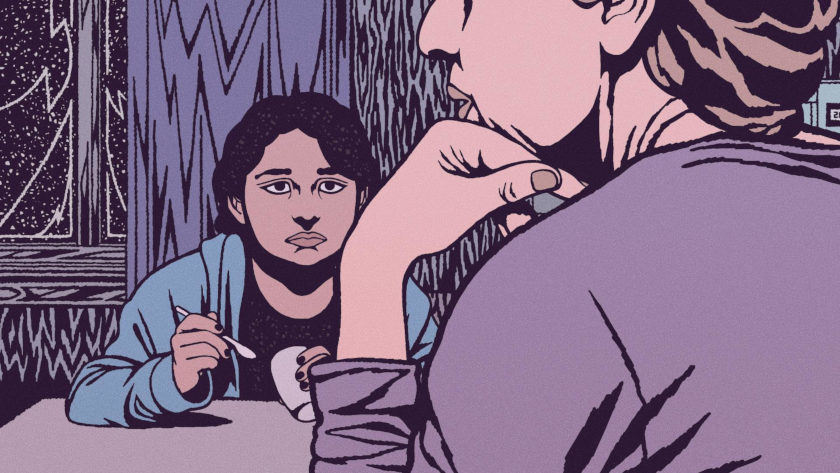 In a kitchen, a mother and a child struggle to establish dialogue. Here's a film about a child who really wants to understand her as she's really like, in a graduation film (Gobelins) by Fabien Corre & Kelsi Phung.

Here is a film that employs the 'fanciful'  and 'gothic' colors and in its palette the mother''s child is too quick to dismiss. Unfolding in an episodic mode of kitchen meetings, Les Lèvres Gercées is a one-act drama that traps its character in an environment where everything else (food, laundry) seems to have a life of its own. it is also a two-hander between a person who's seeking ways to make her message more fluid and another person whose face won't be fully seen on screen -until the last frame. It takes courage to be both ordinary and special (Vassilis Kroustallis).